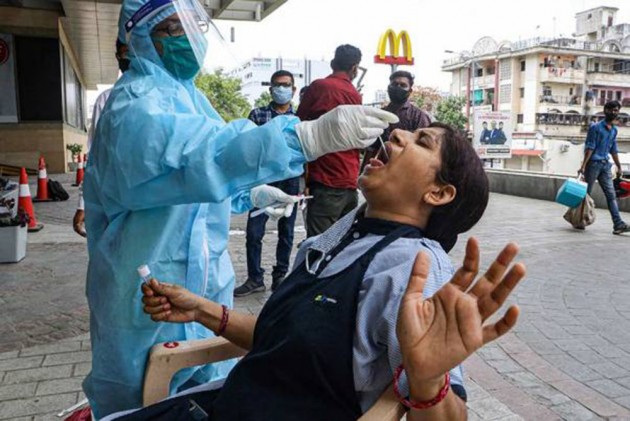 Amid the second Covid wave ebbing in most parts of the country, the national Covid recovery rate rose to 88.69 per cent while the number of recoveries surpassed the number of new infections for the 11th consecutive day on Sunday, Union health ministry officials said today.

They further stated that the number of daily infections has steadily declined during the last 17 days.

The officials also said that there has been 2.6 times increase in the number of Covid tests done in the past 15 weeks in the country along with a steady dip in the weekly positivity rate reported in the last two weeks.

Talking about the effect of the pandemic on children and young people, AIIMS, Delhi director Randeep Guleria noted, “Children suffered collateral damage due to mental stress, smartphone addiction and education challenges amid the ongoing pandemic.”

The ministry added that there is no indication as of now that children will be severely affected in the third wave of Covid-19.

India's Covid-19 active caseload has decreased since its last peak on May 10.

Ten states account for 72.23 per cent of the new recoveries.

Tamil Nadu has reported the highest daily new cases at 35,483, followed by Maharashtra with 26,672 new cases.

The National Mortality Rate has increased to 1.14 per cent.