With states and Union Territories imposing fresh restrictions to battle the virus, vaccination for children aged between 15-18 will start from Monday, January 3. 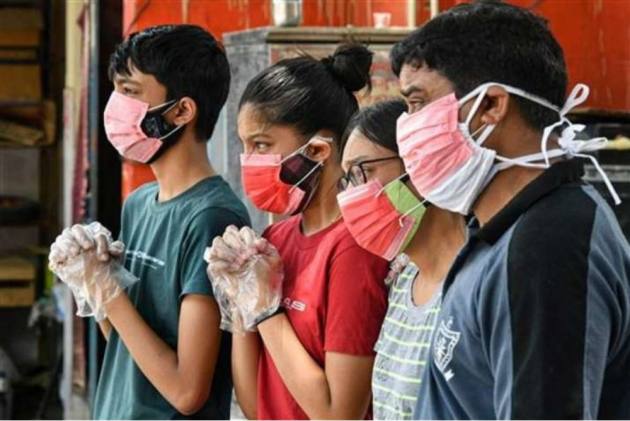 India crossed the 1,700 mark of Omicron cases on Sunday, as the country is witnessing a  Covid-19 surge. With states and Union Territories imposing fresh restrictions to battle the virus, vaccination for children aged between 15-18 has started today. The registration for the same had begun on January 1.

In a sudden address to the nation on Christmas eve, Prime Minister Narendra Modi had rolled out the next phase of the vaccination drive for children and booster doses for frontline workers and elderly people with comorbidities.

During his speech, Modi said that he hoped that the vaccination for children will reduce their worries of going to schools and colleges and their parents, and boost the fight against the pandemic. He added that the move is likely to aid in the normalisation of teaching in schools.

Here’s all you need to know about the drive:

1. With new restrictions in place across states, schools and educational institutions across the country are being transformed into vaccination centres for children.

2. The Union Ministry has directed that only Bharat Biotech’s Covaxin will be administered as a vaccine against Covid-19 for children.

3. With states and Union Territories mulling restrictions in 2021, and schools, educational institutions reopening, students had once again begun to go to school. However, with children once more going to schools, many Covid-19 outbreaks were reported from various residential schools.

5. Over 8 lakh children have registered for the vaccination on CoWIN platform as of Monday, according to local media reports. Children have to use their student ID cards, since not everyone might have Aadhar cards, to register on the platform.

What do experts think about children’s vaccination?

A previous report suggests that a section of noted epidemiologists and medical experts have expressed serious reservations against the use of Covid-19 vaccines among children. They say that the rush to vaccinate kids for Covid-19 which carries a far lesser threat to them, in the presence of some known and several unknown long-term risks, is deeply concerning.

Global evidence available so far has suggested that the Covid-19 virus has infected kids but it hasn’t caused any severity among them. The mortality rate is as low as two children per 10 lakh. However, in India, the government hasn’t released any data on the mortality of children due to Covid-19 in both the first and the second waves.

The seroprevalence survey conducted in various parts of the country including Delhi has shown that 70 per cent to 90 per cent of kids have already been exposed to the virus and they have developed natural antibodies.

Experts like Dr Rai and Dr Jayaprakash Muliyil, who is chairman of the Scientific Advisory Committee of the National Institute of Epidemiology, are of the view that the risk of Adverse Event Following Immunization (AEFI) is very low but it is not zero at all.

Many experts have expressed their serious concern over the unknown long term adverse effect of vaccines. No one knows what will happen a few years down the line after vaccinating children.