As many as 51 cases of Delta Plus Covid variant have been detected across 12 states in the country, the Centre said on Friday 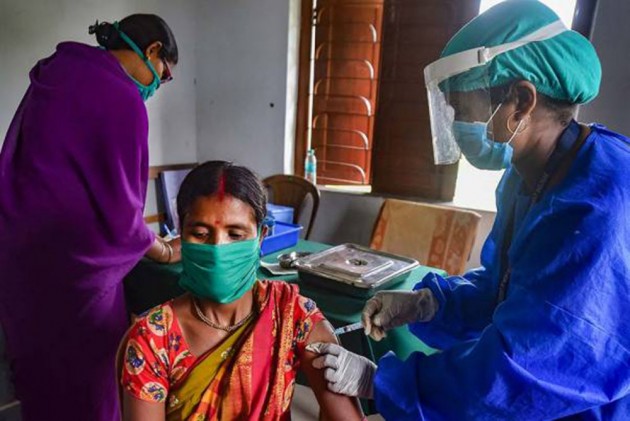 Bharat Biotech’s Covaxin and Serum Institute of India’s Covishield work against Alpha, Beta, Gamma and Delta Covid variants, the Centre said on Friday adding that the vaccines’ effectiveness against the newly discovered Delta Plus variant is yet to be analysed.

At the moment, Covaxin and Covishield are being used in India’s coronavirus inoculation drive while Russia’s Sputnik V vaccine has also received emergency use approval in the country.

So far, four variants of concern of the virus have been identified in the country-- Alpha, Beta, Gamma and Delta -- with Delta Plus being a sub-lineage of the Delta variant which is also a variant of concern.

Delta Covid Variant Is ‘Most Transmissible’, Reported In 85 Countries So Far: WHO

The Union health ministry on Friday announced that 51 cases of Delta Plus Covid variant have been detected across 12 states in the country, with Maharashtra reporting the highest number of 22 infections.

Amid these developments, ICMR Director General Balram Bhargava on Friday said reduction of neutralisation capabilities of vaccine with different variants, which is based on global literature, shows that Covaxin does not change with the Alpha variant at all and so it is same as it is with the standard strain.

"However, Covishield and Covaxin work against the variants of SARS-CoV-2- Alpha, Beta, Gamma and Delta -- that is well established for these two vaccines," Bhargava said.

Talking about the Delta Plus variant, Bhargava said it is present now in 12 countries. Referring to those detected in India, he said there are 51 cases across 12 states "but they are very localised".

The Delta variant has about 15-17 mutations and was first reported in October last year, and it was responsible for more than 60 per cent of cases in Maharashtra in February. It has spread to 80 countries, Bhargava said.

The B.1.617 strain has three subtypes – B.1.617.1, B.1.617.2 and B.1.617.3 -- and B.1.617.2 (Delta variant) has been classified as a variant of concern and it has increased transmissibility, stronger binding to receptors of lung cells, potential reduction in monoclonal antibody response and potential post-vaccination immune escape, he said.

The B.1.617.2 Plus or Delta Plus variant, detected in different parts of India, characterisation of which are ongoing (three mutations), Bhargava said.

There are 16 countries where more than 25 per cent of cases of Delta variant have been found, he said.

Bhargava said that the second wave of COVID-19 is not yet over.

However, these districts are important and it is possible to avert the third wave provided individuals and society adhere to protective behaviours, Bhargava said.

"We must avoid mass gathering, use masks correctly and consistently, and any indicative hotspots we find they need to be immediately identified that is what we have done with Delta Plus variant, and isolated people and vaccination has been initiated for these people and district level test positivity rate is posted on the health ministry website,” he said.

Data needs to clearly monitored by districts to ensure if the rate is going beyond five per cent, the ICMR chief said.

“Then we need to impose strict restrictions and that is the most important point that will guide us through the pandemic," he added.

"Covid appropriate behaviour and vaccination has to continue but continuous monitoring of mutations is important to track vaccine escape, increased transmissibility and disease severity. The next step is, if need be, vaccine composition can be changed as per the circulating variants of interest and variants of concern that can also be done with RNA vaccines and adenovirus-based vaccine can also be modified," he said.