China said it reaffirmed its support for Pakistan on the Kashmir issue and said that it opposed any unilateral actions that could complicate the regional situation. 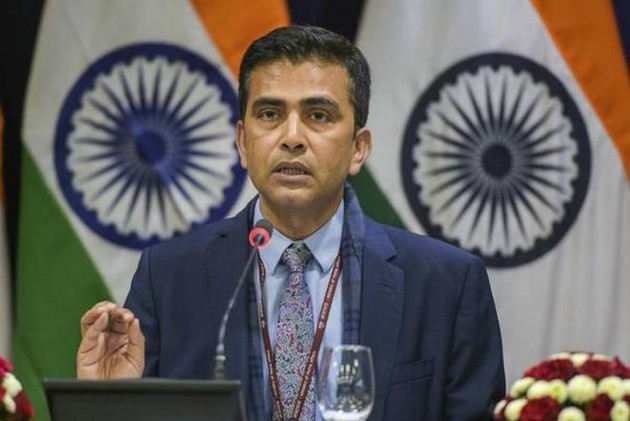 India on Tuesday objected to the reference made to Jammu and Kashmir in a China-Pakistan joint statement issued after Chinese Foreign Minister Wang Yi's visit to Islamabad.

External Affairs Ministry spokesperson Raveesh Kumar also talked about the China-Pakistan economic corridor in Pakistan-Occupied-Kashmir, asserting that India is "resolutely opposed" to any actions by other countries to change the status quo in the region.

"We reject the reference to Jammu and Kashmir in the joint statement issued by China and Pakistan after the recent visit of the Chinese foreign minister. Jammu and Kashmir is an integral part of India," he said, responding to a question on the issue.

"On the other hand, India has consistently expressed concerns to both China and Pakistan on the projects in so-called 'China-Pakistan Economic Corridor', which is in the territory of India that has been illegally occupied by Pakistan since 1947," he said.

Kumar said the parties concerned should cease such actions.

China said it reaffirmed its support for Pakistan on the Kashmir issue and said that it opposed any unilateral actions that could complicate the regional situation, according to a joint statement.

"The Chinese side reaffirmed its support for Pakistan in safeguarding its sovereignty, territorial integrity, independence, and national dignity, in choosing its development path in light of its national conditions, in working for a better external security environment, and in playing a more constructive role in regional and international issues," the statement said

Meanwhile, India and Pakistan are once again expected to come face-to-face at an international forum on Tuesday, this time at the United Nations human rights body in Geneva, over the status of Jammu and Kashmir.

The two nations have been at loggerheads ever since India scrapped Article 370, which accorded special status to Jammu and Kashmir. While Pakistan has pulled all stops to make Kashmir an international issue by raising it at several fora, India has been consistent with its position that J&K has always been its internal matter and will be dealt with accordingly.

Almost all of Pakistan's efforts to get the international community to comment on the status of J&K have fallen flat, with even the closed-door meeting at the UN yielding it no dividends.