The decision comes after the party held a virtual meeting on October 30 and 31. 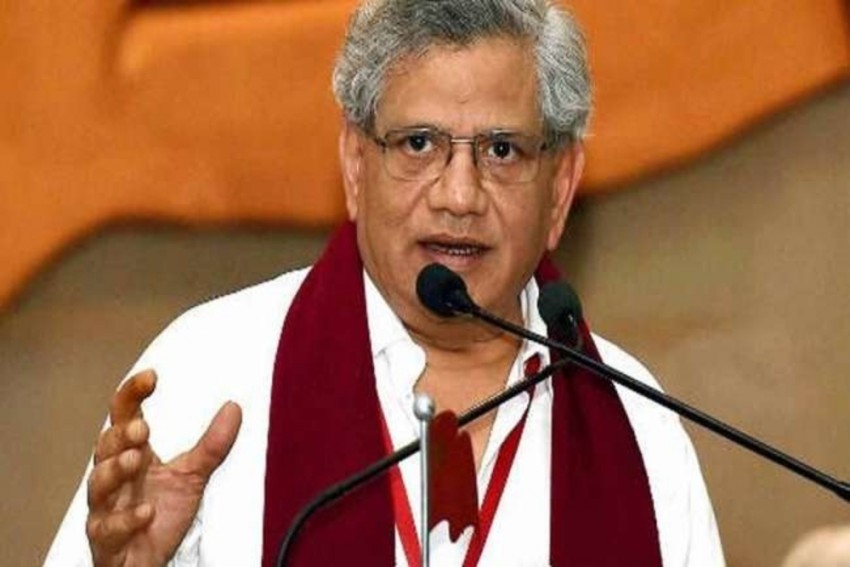 The Central Committee of the Communist Party of India (Marxist) has approved a tie up with the Congress for the upcoming assembly election in West Bengal, CPI(M) general secretary Sitaram Yechury said on Saturday, adding that alliances with secular parties in Tamil Nadu, Kerala and Assam will be forged.

The decision comes after the party held a virtual meeting on October 30 and 31.

"In Kerala, the party will continue to contest elections as part of the LDF. In Tamil Nadu, the CPI(M) will contest the elections as part of the DMK-led alliance. In Assam, the CPI(M) will contest the elections in cooperation with all secular opposition parties, including the Congress, to defeat the incumbent BJP government in the state, which is sharpening communal polarisation, destabilising social harmony and heaping miseries on the people.

"In West Bengal, the CPI(M) and the Left Front will have an electoral understanding with all secular parties, including the Congress, which seek to defeat the BJP and the TMC," Yechury said.

The high-stakes West Bengal assembly elections are likely to be held in May 2021 and within the CPI(M), the move to ally with the Congress is being seen as a "tactical" move to gain some lost ground in a state which the Left ruled for an uninterrupted 34 years.

The party is down to 26 seats in the state assembly, which has a total of 294 seats, after the 2016 elections.

The Left party, in a statement, also hit out at the Centre over the handling of the coronavirus pandemic. It said while the US, India and Brazil continued to report the highest number of COVID-19 cases and deaths, both the rate of growth in positive cases as well as the number of deaths in India were "alarming".

"The central government and PM Modi have virtually abdicated their responsibility towards containing the pandemic. Worse is the fact that crores of people have been subjected to a double whammy assault of the pandemic and the deepening economic recession.

"Modi refuses to announce cash transfers and distribution of free foodgrain as demanded by the CPI(M) since the national lockdown was imposed on March 25. There is absolutely no provision of relief for growing sufferings of the people, galloping unemployment and rising hunger," the statement said.

The party also demanded that the government make the coronavirus vaccine a national campaign and ensure free universal access to the vaccine.

Yechury also condemned the government's move to repeal and replace 29 existing labour laws and replace them with four labour codes and said that they were "bulldozed" during the monsoon session of Parliament.

"Almost all beneficial provisions relating to rights and protection of the workers and those related to regulation to control employers are either substantially diluted or removed altogether. These codes seek to convert workers into slaves," he alleged.

Criticising the two farm bills which have resulted in massive protests across certain states, the CPI(M) said the new laws "handover" Indian agriculture, produce and markets to foreign and domestic agribusiness corporations.

"This immensely benefits foreign and domestic corporates to reap super-profits, imposing misery both on the farmers and the people, and threatening India’s food security," it said.

The Central Committee of the party also called for nationwide campaigns against the new agriculture laws, labour codes, privatisation of PSUs and "loot" of national assets, growing unemployment, escalating price rise, among others, ruining people’s livelihood.

The party also extended its complete solidarity and support to the farmers protest call on November 26-27 and the call of the central trade unions for a nationwide general strike on November 26.