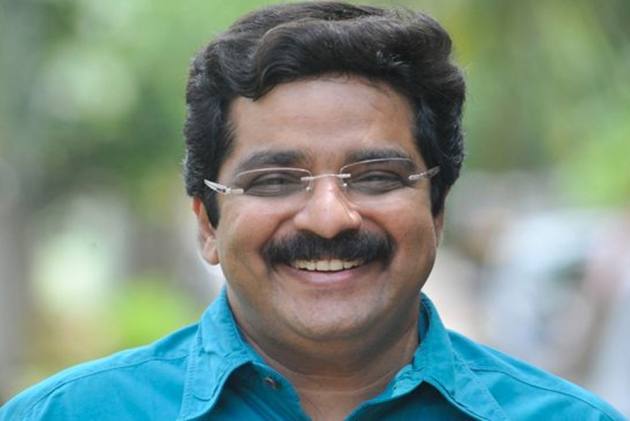 Former state minister and Indian Union Muslim League (IUML) leader M K Muneer speaks to Outlook on why he thinks only Congress can fight communalism and CPM’s double standards on issues such as love jihad, CAA, and fighting communalism. IUML is the traditional ally of the Congress-led United Democratic Front UDF.

The LDF ally Jose K Mani’s statement expressing concern over the incidents of ‘love Jihad was a calculated one. There is a section of the Christian community, which believes that Love Jihad is a reality. The intention of the CPI (M) was to appease certain sections of the community. I would say that the Left is trying to foment trouble among Christian and Muslim communities. Some CPM leaders have created a narrative that the Muslim League has an upper hand in the United Democratic Front (UDF) and that we will assume power was intended to induce feelings of insecurity among other communities.

Q) Do you think Love Jihad is a reality in Kerala?

There are no love jihad cases in Kerala, We spoke to the Bishops and they do have concerns about it. We tried to allay their fear. It may be happening in other parts of the world. Even the Supreme Court (SC) said that it’s not happening in India. The Christian leaders also feel that the government is trying to appease the Muslim community by giving them more benefits. But it’s just the opposite. Even in the Sabarimala temple issue, the government has taken a double standard.

Q) But the entry of women into Sabarimala temple was raked up by the UDF in this election?

Why is the Left having two opinions on the Sabarimala issue? Sitaram Yechury says that they have done the right thing by allowing the entry of women adhering to SC ruling. But the state minister says that it was a wrong step. The whole issue is about an affidavit submitted by the LDF government.

Q) The UDF also proposed two- year jail term for those who violate the sanctity of Sabarimala?

Ours is a proposal for legislation in this regard. The law will come to force only after the UDF government comes to power. The Left has been wavering on its stand on Sabarimala. They created total confusion.

Q) The LDF government has taken a stern stand against the implementation of CAA in the state. The result of the recent local body elections shows that the Muslims are warming up to LDF…

The LDF government’s stand against the CAA was their move to appease Muslims. The government said that they won’t charge cases against the anti-CAA protestors in the state. We came to know through an RTI application that 519 cases are filed against the protestors. They had to withdraw the cases after our protest.

Q) But Muslim League’s UDF candidate in Guruvayur recently said that he will help people to fill up forms when CAA is implemented. What is your party’s stand in CAA?

The UDF’s policy is that CAA won’t be implemented in the state. Muslim League has been at the forefront of protests against CAA and NRC. We still have cases against us.

Q) Is Congress leadership giving due importance to Muslim League within the alliance?

UDF convenor M M Hassan is a Muslim. I have never felt that we are sidelined at the party. We are given due importance.

It’s the CPM, which is suffering from a leadership crisis. Who is the second leader after Pinarayi? Congress may have problems, but they have a lineup of leaders such as Ramesh Chennithala, Oommen Chandy, KC Venugopal among others. Congress still has internal democracy. That’s why they still can voice differences of opinions. The CPM had to change its candidate at one seat because of dissenting voices. All the three political fronts faced rebellion among the ranks.

The decision will be made by the AICC after the elections.

Q) During local body elections, UDF had an alliance with Jamaat-e-Islami backed outfit Welfare Party (WPI). Has it hurt your prospects?

The welfare party has always supported both UDF and LDF. For a long time, they have supported the Left in the elections. Though we had an alliance in the local elections this year, previous election, the Left and WPI ruled some panchayats together. The Left never had any issue with the WPI then. League always stood for communal harmony That’s why we always opposed BJP and forces like SDPI. It’s the CPM that had tie-ups with all communal parties.

Muslim league votes are intact. We have improved our seats in local body elections. The UDF lost votes because of the stand taken by the LDF. They took the votes of BJP, SDPI, and other parties.

Q) But the CPM alleges that there is a clear understanding between the UDF and the BJP in many seats?

Why is BJP president K Surendran contesting in two seats? It is because of the understanding between the Left and the BJP. The CPM has allied with SDPI also in many places.

Q) BJP MLA O Rajagopal also said that there was a pact between Congress, Muslim League and BJP in the past…

What about RSS leader Balashankar’s revelations that BJP and CPM have secret tie-up? He was the former editor of RSS mouthpiece Organiser. Earlier, Jan Sangh was in an open alliance with Communist parties. It is not easy for Congress to have an alliance with RSS. Nehru fought the first election against Hindu Mahasabha. Congress always fought with communal forces

Q) In Kerala, some Congress leaders have joined BJP...

What's happening in CPM also. It happens in other parties also. If you look at history, Congress has always fought against the BJP. In Madhya Pradesh, Karnataka and Pondicherry, the entire party didn’t join BJP. In Tripura and West Bengal also, we have seen how CPM has migrated to BJP.

Pre-poll surveys have no relevance. They were released even before candidates were announced. In the last election, the surveys said that I wouldn’t win, whereas I won by a margin of 6000 votes. This time also, they have predicted that I will lose.