Signs Of Cracks In Maharashtra Alliance Over CAA, NPR; Pawar Says 'Will Try To Convince Thackeray'

CM Uddhav Thackeray has said there is no need to worry if the CAA is implemented. 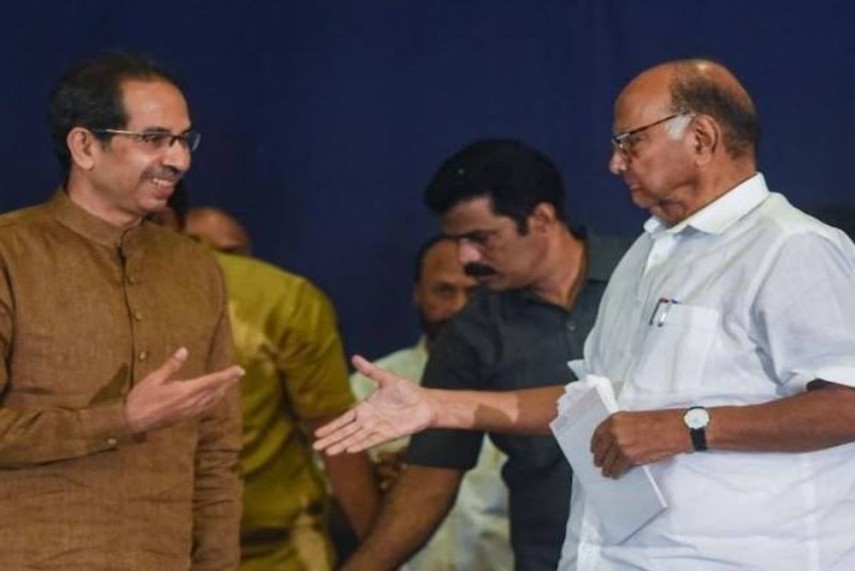 NCP chief Sharad Pawar on Tuesday said he will try to convince Maharashtra CM Uddhav Thackeray on the issue of Citizenship Amendment Act after the Shiv Sena leader said there was no need to worry about the controversial citizenship law.

Differences between the Maharashtra allies have come to the fore as the NCP and Congress, allies of the Shiv Sena, strongly oppose the citizenship law that has sparked nationwide protests since December last year.

"Whatever Uddhav Thackeray said, that is his view. He is the Chief Minister of Maharashtra, he has his own views. Yes, in Maharashtra we are in a coalition government and opinion and views of the parties on certain issues may differ, but we can sit and discuss on it as far as CAA is concerned," said Pawar, whose party is a major alliance partner of Maharashtra's Maha Vikas Aghadi government.

Maharashtra Powerplay! Why You Just Can't Keep Ajit Pawar Away From Political Spotlight

Uddhav Thackeray On What He Learnt From NCP Patriarch Sharad Pawar

"The three parties of the Maha Vikas Aghadi will sit and discuss it. Soon we will be having a detailed discussion on it and we will try to convince Chief Minister Uddhav Thackeray about it," Pawar added.

Pawar further stated that there can be a difference of opinions in a coalition government.

"We have the experience of running a coalition government at the Centre during the UPA regime. The United Progressive Alliance (UPA) had 29 parties. In fact, we had the Left front parties too with us which always had different views, but we managed to go along with them," he said.

Earlier on Tuesday, Thackeray said that there is no need to worry if the CAA is implemented and that he won't block the process of National Population Register (NPR) in the state. But he said he will oppose the National Register of Citizens (NRC).

"CAA and NRC are different and NPR is different. No one has to worry if CAA gets implemented. NRC is not there and will not be implemented in the state," Thackeray tweeted.

NPR will happen in the state as there is nothing controversial about it, he added.

The other opposition parties have called NPR the first step to the implementation of the NRC and most Congress-ruled states have stopped the exercise. However, the Sena has dubbed the NPR an exercise similar to the Census.

The Sena initially supported the CAA in Lok Sabha and voted in favour of it. But the party later opposed it in the Rajya Sabha saying their concerns were not addressed and staged a walkout during voting on the legislation.

Soon after, Thackeray slammed the Centre saying, "I would like to know how and where the Hindus from other countries are going to be settled. I don't think you (Centre) have a plan for it."

Shiv Sena, which recently snapped its 35-year-old ties with the BJP to form a government in Maharashtra with the Congress and the NCP,  also saw disagreement over the Elgar Parishad case being transferred to the National Investigation Agency (NIA).

Thackeray on Tuesday tweeted saying his government will not hand over probe in the Koregaon-Bhima violence case to the Centre and there will not be any injustice to the dalits.

His comment comes after Pawar openly criticised the government's decision to hand over to the central probe agency the Elgar Parishad case, where police have accused activists of making inflammatory speeches leading to the violence at Koregaon-Bhima in 2018.

Pawar had earlier said, "It was not right for the Centre to hand over the investigation into the case to the NIA. But it was even more wrong for the state government to support the transfer of the case."

Pawar chaired a meeting of party ministers on Monday in the light of the growing differences between the allies.

The NPR too appeared unresolved issue. While the opposition has called the first step to the implementation of the NRC and most Congress-ruled states have stopped the exercise