In a more capable and technology-driven world, threats of terrorism have only multiplied further, the minister said. 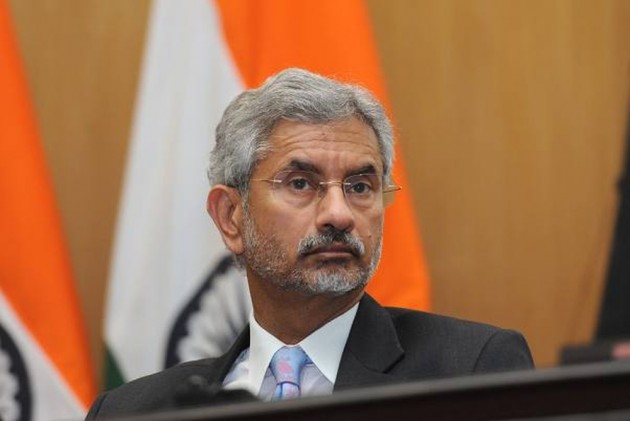 External Affairs Minister S Jaishankar on Wednesday reflected on the key issues facing the new US administration, with the challenge of terrorism key amongst them and asserted that creating a global consensus on the issue is imperative to dealing with it.

Terrorism has long been treated as a problem of only those directly impacted, he said, while addressing the 14th annual Conference of the Institute for National Security Studies, Israel.

Jaishankar said that as the new Joe Biden administration takes office in Washington DC, it is natural that the world would muse about the changes that it might usher in.

"Like the rest of the world, the US too has been coming to terms with the rebalancing of the global power distribution. This has been accelerating over the last decade and would probably continue. No amount of wishful thinking can turn the clock back," he said.

Obviously, the US administration would survey the landscape that it has inherited and respond to the contemporary requirements, he noted. "Nowhere have the changes been sharper than in Asia. So presumably, it would also be reflected now in policy formulation," Jaishankar said.

The priorities of the Joe Biden administration would obviously help shape a new global agenda, the minister said, adding that at the heart of that should be a recognition of the indivisibility of our existence, and therefore, of our challenges.

Climate change, pandemics and terrorism would surely rank foremost among them, Jaishankar asserted.

Underlining that strengthening multilateralism is also imperative if such issues are to be addressed effectively, he said reforming the architecture and even the working of international organisations is in our common interest.

"Where climate change is concerned, an American return to upholding global commitments will be widely welcomed," he said.

India reflects both its own beliefs and world opinion today as it ramps up its renewable energy targets, expands its forest cover, enhances its bio-diversity and focusses on effective water utilisation, Jaishankar said.

It has also led two major international initiatives, the International Solar Alliance and the Coalition for Disaster Resilient Infrastructure, he pointed out.

A stronger consensus on seriously addressing the climate change challenges has obviously its own implications, Jaishankar said.

Noting that combating pandemics will naturally dominate the global agenda in the coming days, he said the inter-dependent nature of life means that no one is safe till everyone is safe.

"If there was one occasion where the limitation of purely national actions was visible, it was in the response to Covid-19. As a country that provided during this pandemic medical supplies and equipment to more than 150 nations, many of them as grants, India supports greater coordination among responders," he said.

"Even as we have begun mass vaccination at home, Indian vaccine supplies to our immediate neighbours have started. This is expected to cover other partner countries in the coming days," he said.

Underlining that the world can only benefit from a more collective effort to deal with the serious issues confronting it, the minister said that logic applies equally to the longstanding challenge of terrorism.

Jaishankar added that for too long, the challenge of terrorism has been treated as a problem of only those directly impacted.

"But we know full well how seamless the world of terrorism really is. Allowing safe harbours for terrorism and overlooking state sponsorship is becoming increasingly dangerous with each passing day," he said.

In a more capable and technology-driven world, these threats have only multiplied further, he said.

Creating a global consensus on this issue must be a priority, Jaishankar added.

"The world is about moving on. But it is equally about moving with the times. Whether it is the new administration in the US or those in different corners of the world, we have a shared interest and collective obligation to make our planet a better place. There is so much riding on both our willingness, and our ability, to do so," he said.