Why does Samajwadi Party Crop Up In Every Crime, Asks Uttar Pradesh CM Yogi Adityanath

Adityanath referred to the Hathras incident in which a man, arrested in 2018 over a molestation case, allegedly shot dead the victim’s father while out on bail, claiming that the accused is an SP member. 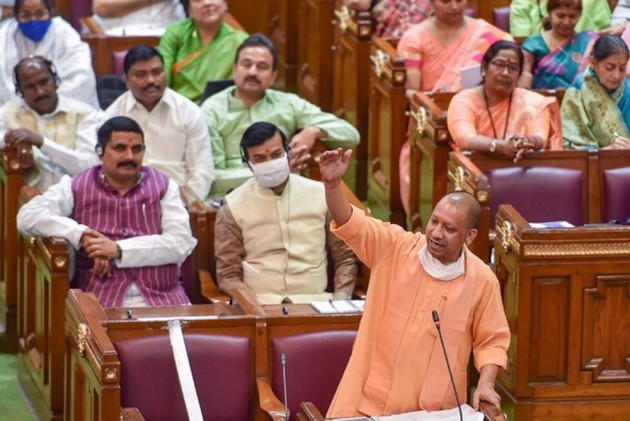 Turning tables on Samajwadi Party while discussing the crime rate in Uttar Pradesh, UP Chief Minister Yogi Adityanath on Wednesday asked why the word “Samajwadi” gets tagged to “every criminal”.

Speaking in the state Assembly over the law and order situation in the state, Adityanath referred to the recent Hathras incident in which a man arrested in 2018 over a molestation case allegedly shot dead the victim’s father while out on bail.

The state BJP has been pointing at a Facebook account claiming that the accused is a member of the Samajwadi Party.

"Why is it that the 'Samajwadi’ name gets dragged into every incident of crime?” Adityanath said.

He said the "Samajwadi" (socialist) movement, which produced great personalities like Ram Manohar Lohia and Chandrashekhar, has now become impractical, but its leaders are not ready to accept the truth.

He asked about the “topiwala” who has figured on social media, in an apparent reference to the man in a cap who the BJP says is the SP worker accused in the Hathras case.

“The Hathras incident has yesterday once again put the 'topiwala' in the dock,” the chief minister said, in an indirect reference to the red caps SP workers and leaders wear.

“Has the Samajwadi Party no link with the criminal as far as the unfortunate incident of Hathras is concerned? Why is it that the word 'Samajwadi' is associated with every criminal?” he said.

Indirectly, he also referred to the purported SP worker canvassing support for a party rally. “What does this prove?" the CM asked.

"You have made the socialist movement an 'aswabhaavik' (unnatural), 'avyavhaarik' (impractical) and 'amaanviye' (inhuman) movement. Hence, people are talking different things about it,” he said, accusing the opposition party leaders of lacking the courage to accept the reality.

Adityanath's remarks came after a 50-year-old man was allegedly shot dead in Hathras district on Monday by Gaurav Sharma, who is accused of molesting the victim’s daughter.

Earlier, the CM ordered strict action in the case and directed officials to invoke the stringent National Security Act (NSA).

With the assembly polls just a year away, the Adityanath government has been receiving flak from the opposition over cases of crime in the state.

Congress leaders Rahul Gandhi and Priyanka Gandhi Vadra have slammed the state government on the issue.

"Under the BJP rule, Uttar Pradesh is becoming worse day by day. Such disorder in law and order spares none -- it is a curse for every community,” Rahul Gandhi said in a tweet in Hindi with the hashtags #Hathras #Bulandshahr.

Priyanka Gandhi said one family or the other can be heard "screaming for justice" every single day in the state, contrary to the Adityanath government's propaganda.

SP chief Akhilesh Yadav had tweeted Tuesday that women in Uttar Pradesh have lost hope of getting justice from the state government and tagged a video of the same girl, whose father was shot dead in Hathras.

The state BJP then alleged that the main accused in the Hathras case is an SP worker Gaurav Sharma, who runs his social media page under another name.

SP spokesperson Rajendra Chaudhary, however, rejected the charge, saying, "Gaurav is not a leader of the Samajwadi Party but that of the BJP. There are photographs of Gaurav with BJP leaders to prove this."

Recently, Adityanath had poked fun at MLAs who wear colourful caps in the House, indirectly targeting the SP.

He had then narrated a story about a child who spots a politician in a cap and mistakes him for a gangster. “Mummy, mummy... look goonda, goonda," the child said, according to the CM’s story.