UN: External Affairs Minister S Jaishankar indirectly hit out at Pakistan and urged the international community to ensure that no act of terrorism is justified by any UNSC member 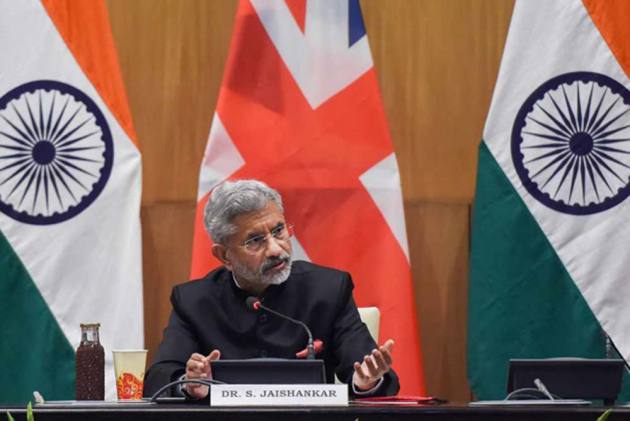 External Affairs Minister S Jaishankar on Tuesday urged the international community to amp up efforts to fight terrorism and said all member states of the UN Security Council must fulfil their obligations enshrined in international counter terrorism conventions. Jaishankar also asserted that the global community should ensure that no act of terror is glorified by any member state.

In an apparent reference to Pakistan, the external affairs minister also said that the crime syndicate responsible for the 1993 Mumbai bomb blasts has not just been given State protection but is also enjoying 5-star hospitality. The minister was making a thinly-veiled reference to the D-company head Dawood Ibrahim believed to be hiding in Pakistan.

"First, we must all summon up the political will to unhesitatingly combat terrorism. There must be no ifs and buts in this fight. Nor should we allow terrorism to be justified and terrorists glorified. All member States must fulfil their obligations enshrined in international counter terrorism instruments and conventions,” External Affairs Minister S Jaishankar said in a virtual address.

Jaishankar was speaking at the UNSC Ministerial Meeting on ‘Threats to international peace and security caused by terrorist acts: International cooperation in combating terrorism 20 years after the adoption of resolution 1373 (2001),’ the first address by the minister to the Security Council after India began its two-year tenure on the 15-nation body this month.

Jaishankar proposed an eight-point Action Plan for the UN system to credibly address the menace of terrorism and ensure effective action. He asserted that linkages between terrorism and transnational organised crime must be fully recognised and addressed vigorously.

He is the senior-most Indian leader to address the UNSC since India joined the powerful 15-member UN body as a non-permanent member this month for a two-year tenure.

"We, in India, have seen the crime syndicate responsible for the 1993 Mumbai bomb blasts not just given State protection but actually enjoying 5-star hospitality," he said, alluding to D-Company and its head Ibrahim, believed to be hiding in Pakistan.

In August last year, Pakistan had for the first time acknowledged the presence of Ibrahim on its soil after the government imposed sweeping sanctions on 88 banned terror groups and their leaders which also included the name of the underworld don wanted by India.

Jaishankar emphasised that the international community must not "countenance double standards" in the battle against terrorism.

"Terrorists are terrorists; there are no good and bad ones. Those who propagate this distinction have an agenda. And those who cover up for them are just as culpable," he said.

In a strongly-worded statement, Jaishankar said combating terrorist financing will only be as effective as the weakest jurisdiction. The Financial Action Task Force (FATF) should continue to identify and remedy weaknesses in anti-money laundering and counter-terror financing frameworks.

He also added that enlisting and delisting individuals and entities under the UN sanctions regimes must be done objectively, not for political or religious considerations.