Renowned virologist and former INSACOG chief Shahid Jameel says that Kerala is ahead of many states in conducting tests and detecting Covid-19 cases. 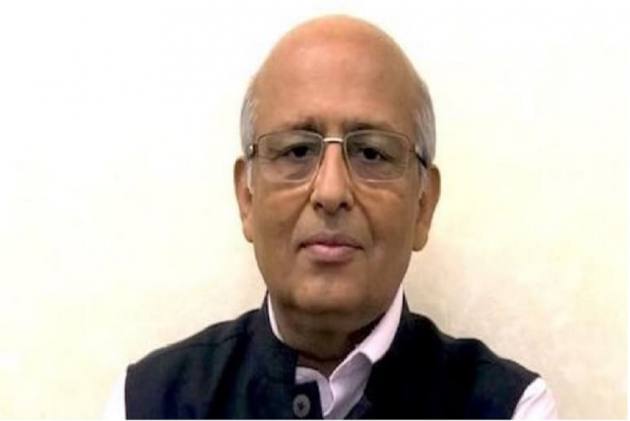 Kerala shouldn’t be deterred by criticisms against its Covid-19 response and should continue with the current strategy with more focus on vaccinations, says Dr Shahid Jameel, renowned virologist and former head of the Indian SARS-COV-2 Genomics Consortia (INSACOG). Speaking to Outlook, Jameel says that Kerala is ahead of many states in conducting tests and detecting Covid-19 cases. Excerpts:

Q) Kerala has been logging around 20,000 cases for the past five days, recording a 50 percent caseload in the country.  Do you think the ‘much-touted ‘Kerala Covid model’ has gone wrong?

I don't think the model has gone wrong. Instead of having huge spikes, Kerala’s cases are more spread out in time. Kerala has been containing cases quite well. The Delta variant is extremely infectious and whoever was unexposed earlier is now getting infected again. ICMR’s latest seroprevalence survey has also shown that only 44 percent of Kerala’s population has been infected, which is the lowest in the country. Kerala has been testing and reporting honestly in comparison with many other states. According to ICMR reports, Kerala has detected one in every six cases, while most other states detect possibly one in 10, 20, or maybe even more.

Bakrid Row: CPI(M) Says No Going Back On Relaxations In Kerala; Rift In IMA

Q) How do you explain Kerala’s low seropositivity? A section says that Kerala failed to achieve herd immunity compared to other states.

Low seropositivity shows that Kerala has protected its population well. That's why they haven't been exposed. Other states haven't protected their people and they have been exposed. The other thing to note is that during the first wave and the second wave, Kerala’s positivity hasn't changed much compared to the national percentage. At its peak during the first wave, India was throwing about 97,000 cases in the first week, whereas Kerala had eight and a half to 9 percent of India's cases. In the second wave, the country was throwing around 400,000 cases per day at its peak whereas Kerala was registering about nine and a half percent of the country’s cases. Between the first wave and the second wave, the relative infection output of Kerala compared to the rest of the country has remained the same. Kerala has been testing well and their testing rates go up with positivity rate.

Q) The Test Positivity Rate (TPR) is more than 11 for some time now. Is it a cause for worry?

The test positivity rate hasn't really changed when Kerala had the lowest number of daily cases and now. It has remained between 11- 12 percent, which tells me that as the number of cases goes up, they are increasing testing also. They also conduct target testing, which could be a reason for the high positivity rates.

There are multiple things that are contributing to it. I don't think we will find a very simple correlation in this. The trouble is that everyone tries to find simple-minded one-liner answers to it. Unfortunately, science doesn't work that way.

Q) Kerala has delayed infections in the first wave and second wave too. Do you think it’s a good strategy?

From the public health point of view, it’s good. If you delay infection, you get time to strengthen the health system, so that it can protect people against severe diseases. It can also help avoid hospitalization, overcrowding of hospitals, and shortage of supplies. The flip side of the coin is that we know that 10 to 30 percent of people who get infected, whether it is an asymptomatic infection or symptomatic infection, will develop long Covid. The strategy of letting people get infected without serious disease, will not be a very productive strategy, because, in due course, the health system will have to deal with long Covid. A better way of controlling the virus spread is through vaccination.

Q) The state has the best vaccination record and it is demanding more vaccines as a large fraction of the population is vulnerable to the virus.

It’s true that Kerala requires more vaccines. However, averages don’t tell the whole picture. When we talk about average seropositivity of 67 percent nationally, it’s calculated from 44 percent in Kerala to 75 percent in some other states. Similarly in Kerala, districts like Ernakulum and Malappuram will have more seropositivity, than in some other districts. The point I'm trying to impress is that we should not just look at Kerala’s 44 percent. The state should actually look at its districts and deploy more vaccines in districts that have less seropositivity compared to the ones which have more.

Q) Kerala has devised its containment strategies based on TPR. However, the government faces severe criticism from opposition parties and traders for prolonged lockdown.  Should they revise the strategy?

Ultimately it all boils down to human behavior, which is guided by the trust factor. What has been largely missing in this pandemic is the trust between public health authorities and the public. That’s why people are not following Covid appropriate behavior. Kerala is not an island. People from other places come into the state and they travel to other places. So we are all in this together. People need to understand that whether it's the ruling party or opposition parties anywhere, we have to come together to control the pandemic.

Q) Despite the rise in cases, the state maintains a low mortality rate compared to the national average. Your take?

There are multiple reasons for that. One is that Kerala has possibly the best primary health care system in the country. Things are dealt with more efficiently at the primary health level. The other is Kerala’s focus on spreading out the infection rather than getting large peaks. Eventually, the strategy of letting people get infected without mortality will not turn out to be a very good strategy. You will bear the brunt of it in a few days or in a few years down the road and see a rise in other chronic diseases.

The R- factor is a very dynamic factor and it’s only an indicator as the cases go up. It's a way of quantifying how cases are going up. So, we have to keep the R factor below one.

Q) What should be Kerala’s strategy in the event of a third wave, as predicted by many experts?

I don't believe that there will be a third wave because the data shows that two-thirds of India possesses antibodies now. Since Kerala stands out as having low seropositivity, it needs to limit the spread of infection. Delta variant is highly infectious and a recent study by CDC shows that it's as infectious as chickenpox. Part of its strategy has to be limited lockdowns as the infection rate starts going up. Overall, Kerala is doing reasonably well and they should not panic and continue with the strategy with more focus on vaccination. I agree that vaccine availability is an issue, but it is improving every month. The projection is now about 27 crore doses per month possibly by October.

Q) Does Kerala need to conduct more genome sequencing because of the high infection rate?

Kerala has actually had a very good arrangement for genome sequencing from the beginning of the pandemic. They were getting sequencing done before it became fashionable. Kerala had an arrangement with CSIR-IGIB in Delhi, where they were regularly sending them samples for sequencing. This arrangement predates INSACOG. This was happening even before INSACOG came into operation.

They have been sending more samples and strategically picking samples from the districts that are showing surges. The attractive part of genome sequencing is to know what is spreading. We already know that delta has really taken over completely. Now, if a new variant is developing, that will be known through genomic sequencing if it is done at a high enough density.

Q) The state government is facing harsh criticism from various quarters over its handling of virus surge.

There is a lot of politics in the criticism against Kerala’s response to Covid-19, which is unwarranted. It's unfortunate. I don't think the state government should be deterred by this. They should continue with what they're doing. But they need to increase vaccination and become more proactive in knocking down districts that are showing a rise in cases. They should do it quickly. The government doesn’t need to worry about what political parties are saying. Public health should be given more priority.