'These personnel have gone beyond the line of duty and have displayed extreme grit and courage in various combat theatres in Jammu and Kashmir and the Left Wing Extremism (LWE) hit areas. We are very proud of them,' CRPF spokesperson, said. 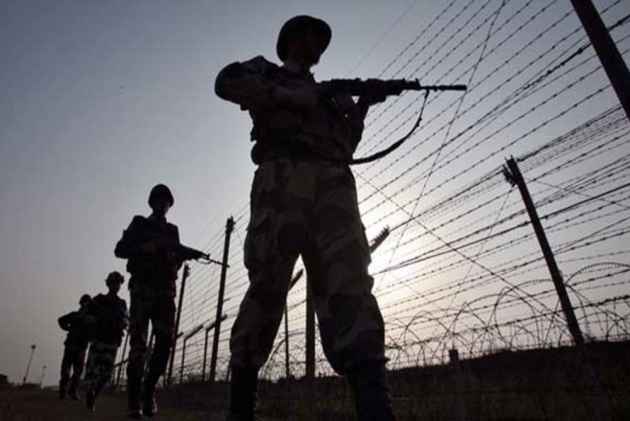 Country's largest paramilitary force, the CRPF, has bagged the maximum of 75 gallantry medals, including a Kirti Chakra and two Shaurya Chakras, for counter-terrorist operations in Jammu and Kashmir and in the anti-Naxal combat grid, on the eve of Independence Day.

Harshpal Singh, now promoted in the Second-in-command rank from Deputy Commandant, and his buddy constable Zaker Hussain have been decorated with the military medals for killing "three dreaded terrorists of Jaish-e-Mohammed" in September last year in Jammu.

"Both these brave hearts took bullets and grenade splinters fired by the terrorists but they held their ground till they gunned down all the three terrorists hiding behind a house," their citation stated.

Constable Sable Dyaneshwar Shriram of the 53rd battalion of the force was awarded the Shaurya Chakra for killing two armed JeM terrorists after taking them on in Baramulla district of Kashmir valley while he was on 'naka' (checkpost) duty on October 19 last year.

"These personnel have gone beyond the line of duty and have displayed extreme grit and courage in various combat theatres in Jammu and Kashmir and the Left Wing Extremism (LWE) hit areas. We are very proud of them," Moses Dhinakaran, Deputy Inspector General (intelligence) and CRPF spokesperson, said.

The duo eliminated two Lashkar-e-Toiba terrorists who attacked a force camp in the Karan Nagar area of Srinagar on February 12 last year.

"Singh was instrumental in decimating both the terrorists in a life-threatening situation. Khan showed extreme determination and dedication to duty when he, despite his injuries, kept on engaging the terrorists before succumbing to his injuries," their citation said.

A number of personnel have also been awarded for their gallantry in anti-Naxal operations in various states.

While about 3 lakh personnel strength force, CRPF is the only Central Armed Police Force (CAPF) to have been decorated with military medals this time, it bagged 72 police gallantry medals out of the 180 declared by the government on Wednesday.

This is followed by 61 gallantry medals bagged by the J-K Police, 23 by Odisha police, nine by police personnel from Chhattisgarh and five each by the Border Security Force (BSF) and the Indo-Tibetan Border Police force.