Curfew In Assam’s Hailakandi After Clashes Between Two Groups

At least 15 people, including three policemen, were injured and several vehicles were set on fire following the clashes. 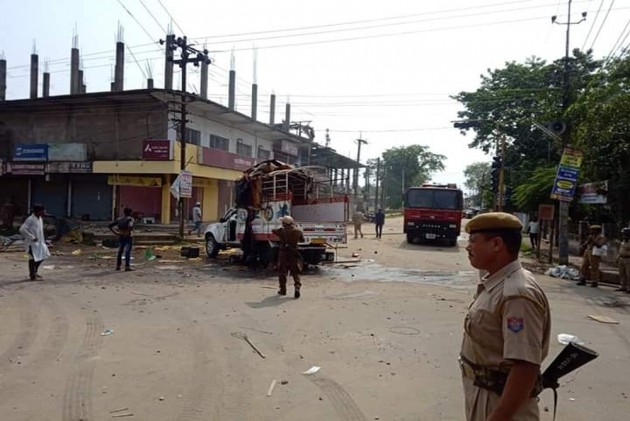 A curfew was imposed in Assam’s Hailakandi district on Friday after clashes broke out between two groups.

At least 15 people, including three policemen, were injured and several vehicles were set on fire following the clashes.

According to website Nenow.in, a group of youth started pelting stones at people who had gathered to offer Friday namaz. The trouble began on Wednesday when unidentified miscreants damaged few motorcycles parked in front of the mosque when people were offering prayers.

Angry members of the mosque filed a First Information Report (FIR) and demanded that culprits be arrested immediately. They also decided to hold Friday prayers on a road in front of a mosque if culprits are not punished.

A clash broke out between members of the two communities after some people protested against the prayers being held on the road. Police opened fire in the air to disperse the protesters, the DC said.

“There is no need to worry. The situation is under control. Police and administration are on alert to avert any kind of incident,” District Magistrate Keerthi Jalli told Outlook over phone.

Assam forest minister Parimal Suklabaidya has appealed for peace and harmony after the incident.

“The problem can be solved amicably without creating violence. I plead to people of all the communities to help in maintaining law and order. If there is an issue, the administration and police will take action,” Suklabaidya said.