Samajwadi Party leader Azam Khan had broke down at a rally in Rampur, saying he was facing several criminal cases against him. 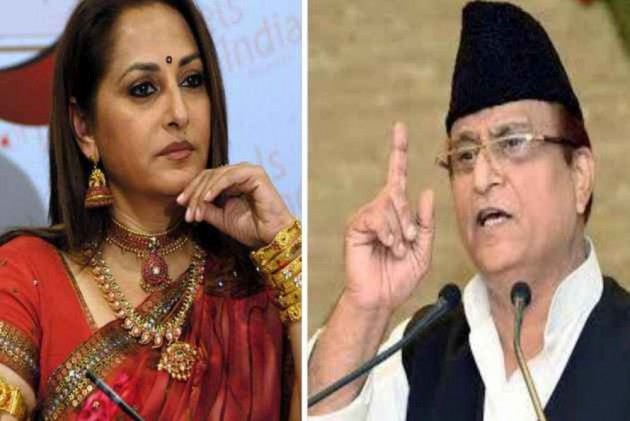 After Samajwadi Party leader Azam Khan broke down at a rally few days ago, BJP leader Jaya Prada on Friday said that the SP leader was "cursed" by the women who have shed tears because of him.

Khan had broke down at a rally in Rampur, saying he was facing several criminal cases against him.

We had turned emotional when he had told the rally that he was now being accused of "stealing goats and hens".

"I am being called a criminal because I advocate for you. I was framed because I fought for the general public and the general good. On the Triple Talaq and Ayodhya Ram mandir issue I had said that everyone should wait for the court's decisions. I said nothing more, and yet I am being punished."

Responding to Khan's emotional outburst, Prada said: "This is a curse of the tears women have shed because of him. He is now crying in every public meeting. He used to call me a good actress, but what is he doing now?"

Prada alleged that Khan had encroached upon the land of the poor people. "Allah will not forgive you," the BJP leader said.

She further stated that she considers Khan as her brother. "But will you consider me as your sister? If yes, then learn to respect me," she added.

The senior Samajwadi Party leader is currently facing a slew of criminal cases in connection with land encroachments by the Mohammad Ali Jauhar University.

Over 80 cases have been registered against the Samajwadi Party leader.

The SP leader in the past has picked on Jaya Prada several times, and has also been in contoversies for making derogatory comments against her.

(With Inputs from ANI)