DM Darbhanga Dr SM Tyagarajan confirmed the death and informed that BDO of concerned Singhbara block was sent to provide assistance and homage to the deceased in Sirhulli village. 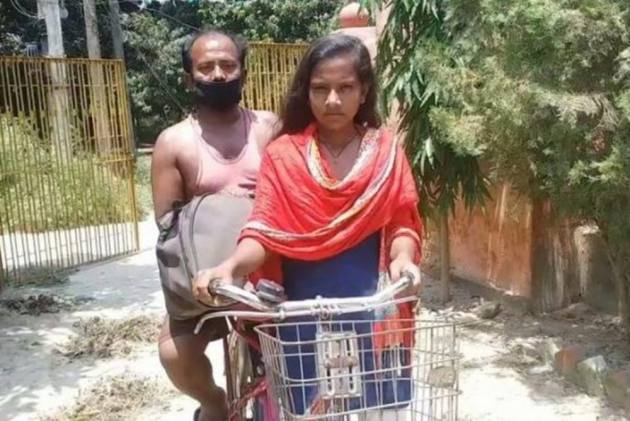 Bihar’s cycle girl Jyoti Paswan who brought her father Mohan Paswan on a bicycle to Darbhanga from Gurugram during the lockdown in 2020, reportedly lost him to a heart attack.

DM Darbhanga Dr SM Tyagarajan confirmed the death and informed that BDO of the concerned Singhbara block was sent to provide assistance and homage to the deceased in Sirhulli village.

Last year, when the coronavirus took over our lives 15-year-old Jyoti did not just walk for miles but decided to carry her injured father for almost 1,200 kilometers – on a bicycle.  She cycled with her ailing father who had lost his job, suffered a leg injury.

Kumari is also set to star in a film being made on her journey. She will be playing herself in the film reportedly titled Atmanirbhar (self-reliant).