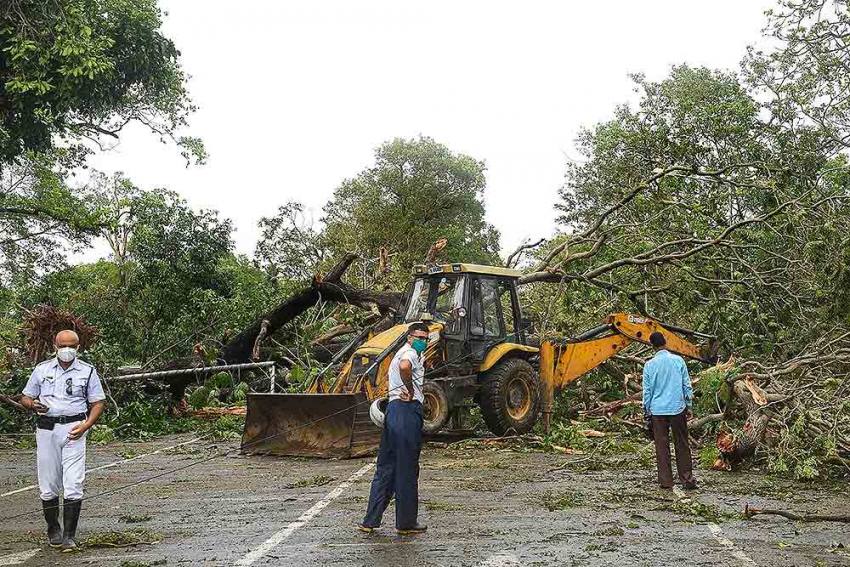 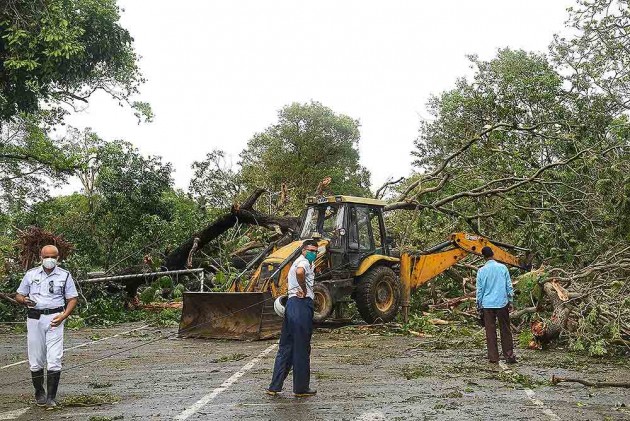 The death toll due to Cyclone Amphan in West Bengal has risen to 85, as angry Kolkatans resorted to protest and road blockades in various parts of the city over the administration's failure to restore normalcy even after three days.

Lakhs of people were rendered homeless as Cyclone Amphan cut a path of destruction through half-a-dozen districts of the state on Wednesday, flattening houses, uprooting thousands of trees and swamping low-lying areas.

According to official sources, around 1.5 crore people of the state have been directly affected and more than 10 lakh houses destroyed due to the cyclone.

Although electricity and mobile connection were restored in some parts of Kolkata, and North and South 24 Parganas districts, many areas continued to remain in darkness as power poles had been blown away and communication lines snapped.

Several roads and houses in Kolkata, Howrah, and North and South 24 Parganas districts continue to remain waterlogged, as hapless citizens came out on the streets against the administration's "apathy and ineffectiveness".

People in various parts of Kolkata staged protests and blockades since Friday night demanding the immediate resumption of power and water supply, three days after Amphan ravaged the state.

Firhad Hakim, chairman of the Kolkata Municipal Corporation board of administrators, assured the people that normalcy would be restored in a week, as government officials were working round the clock to improve the situation.

"More than 5,000 trees have been uprooted. We have already cleared several roads," Hakim said. "We are in touch with the private power supply provider and had asked them to restore supply as early as possible."

In Kakdwip area of South 24 Parganas district, people complained that they were not given enough tarpaulin sheets to cover the roofs of houses damaged by the cyclone.

In Hingalganj block of North 24 Parganas, people claimed they were running out of food, as shops in the vicinity were yet to lift shutters in the aftermath of the calamity.

"The entire area is underwater and we are out of food for the last three days. We are yet to get any relief," said Geeta Mahali, a resident of the area.

Several relief camps have come up in the districts, where hapless people have queued up for two squares of meal and shelter after their homes being either blown or washed away.

Teams of the National Disaster Response Force and the State Disaster Relief Force have been working on a war-footing to clear the roads blocked by the uprooted trees.

Prime Minister Narendra Modi had flew down to Kolkata on Friday and undertook an aerial survey of the cyclone-hit areas along with Chief Minister Mamata Banerjee.

Lauding the efforts of the state government in combating the crisis, Modi announced an advance assistance of Rs 1,000 crore for the state.

Elderly People, Pregnant Women And Children: Who Can Fly, Who Can't From May 25?