Cyclone Fani has left a trail of destruction ripping apart all the major infrastructure in over 11 coastal districts affecting more than 1.5 crore people. 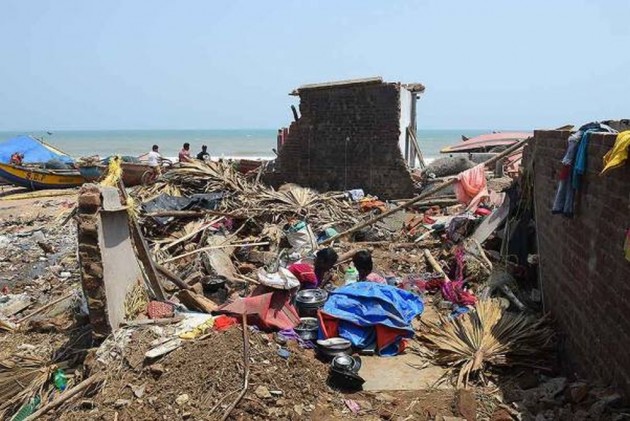 In a letter to Odisha Chief Minister Naveen Patnaik, a group of civil society organisations called "Civil Society responds to Fani," have listed their observations as well as recommendations to the state administration regarding the handling of the aftermath of cyclone Fani and the rehabilitation and relief work in the state.

Fani left a trail of destruction ripping apart all the major infrastructure in over 11 coastal districts affecting more than 1.5 crore people. Over 5.08 lakh houses have been damaged in the cyclone which had made a landfall in Puri last Friday.

"We are seeking to contribute both in terms of augmenting material and human resource and providing feedback on the impact and the state of response in the most severely affected areas," reads the letter signed by Jagadananda, former Information Commissioner, senior journalist Rajesh Mahapatra, Lt Gen KP Dhala Samanta among others.

Spoken Too Soon: Is Praise For Odisha For Tackling Cyclone Fani Misplaced?

Cyclone Fani Aftermath: What Needs To Be Done To Rehabilitate People In Odisha

Claiming that the letter is "based on observations of volunteers" who have visited many of the cyclone-affected areas in the state, it seeks to bring to the notice of the chief minister the aspects that require immediate attention, and lists out the point s on the present situation, the relief response in the immediate aftermath of the tropical storm as well as policy inputs for "effective relief and rehabilitation".

The letter points out that drinking water distribution is "almost non-existent" in the rural areas affected by the cyclone and claims that there was scanty availability of dry and cooked food in a large number of villages they visited. "For example, the Schedule Caste people sheltered in the Satapada Degree and +2 colleges had received on 200 grams of Chuda and no cooked food till the afternoon of 6th May," says the letter.

On Sunday, in a press briefing, Patnaik had said: "the government has made arrangements to provide cooked food for free over the next 15 day".

"People are staying away from cleaning debris and carcass on account of fear that doing so before the government assessment will make them ineligible for compensation," the letter further reads, pointing out the fears of locals who are dealing with the aftermath of the storm.

The letter also lists a host of recommendations to the chief minister such as providing adequate food material, including baby food "as per NRDF/SDRF norms," provision of fodder as the there is an acute shortage for the same presently, besides using the services of the Army for the restoration of electricity.

Promoting community policing in order the protect relief teams and providing "temporary shelter material for both human as well as livestock and grains," is another of the recommendations in the letter.

The letter also advocates for placing Civil Society volunteers along with the disaster relief teams "to facilitate community involvement in support to the work of NDRF".

On the policy front, the letter urges for employing people under MGNREGA with "relaxation" of rules for hep in debris cleaning suggesting the payments be made in cash.

"To ensure timely removal of debris and carcass and prevent outbreak of any epidemics, the government should explore an easier community based certification for damage assessment and compensation for damage below Rs 20,000 per household," recommends the letter.