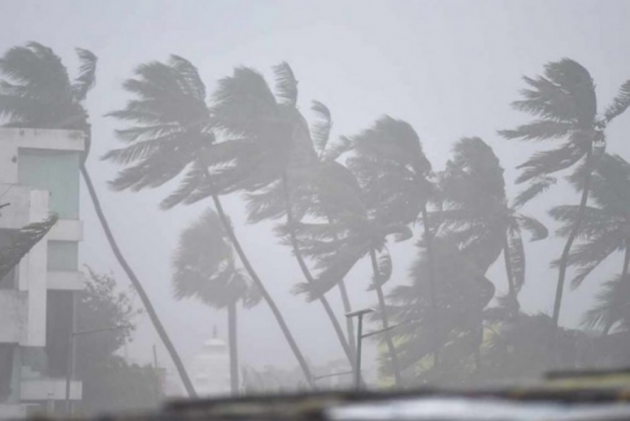 The National Disaster Response Force (NDRF) on Saturday deployed total 18 rescue teams in Odisha and Andhra Pradesh in view of a cyclonic storm Gulab forming over the Bay of Bengal.

NDRF director general S N Pradhan said the 13 teams will be deployed in Odisha and five teams in Andhra Pradesh by Saturday night.

The NDRF teams in Odisha will be deployed in Balasore, Ganjam, Gajapati, Rayagada, Koraput, Nayagarh and Malkangiri districts.

In Andhra Pradesh, the teams will be deployed in Vishakhapatnam, Srikakulam, Yanam and Vizianagaram.

An NDRF team usually has a strength of 47 personnel who are equipped with tree and pole cutters, communication gadgets, inflatable boats and basic medical aid to rescue affected people and to launch relief operations.

According to a senior Odisha government official, seven districts of the state -- Gajapati, Ganjam, Rayagada, Koraput, Malkangiri, Nabarangpur, Kandhamal -- have been put on high alert as the India Meteorological Department (IMD) predicted the formation of a cyclonic storm over the Bay of Bengal.

The cyclone, according to the IMD prediction, may subsequently move towards the southern part of Odisha and neighbouring Andhra Pradesh.

The IMD had earlier said a deep depression that lay over north and adjoining central Bay of Bengal has moved westwards at a speed of 14 kmph.

At 8.30 am on Saturday, it was centred around 470 km east-southeast of Gopalpur in Odisha and 540 km east-northeast of Kalingapatnam in Andhra Pradesh.

"It (the weather system) is likely to intensify into a cyclonic storm and move nearly westwards and cross north Andhra Pradesh and south Odisha coasts between Vishakhapatnam and Gopalpur, around Kalingapatnam, by evening of September 26," the agency noted.

IMD director general Mrutyunjay Mohapatra said the wind speed of the weather system will vary between 75 kmph and 85 kmph, gusting up to 95 kmph.