The Navy said its personnel, battling extreme weather, have so far rescued 186 of the 273 people who were onboard barge P305 and also two from tugboat Varaprada. 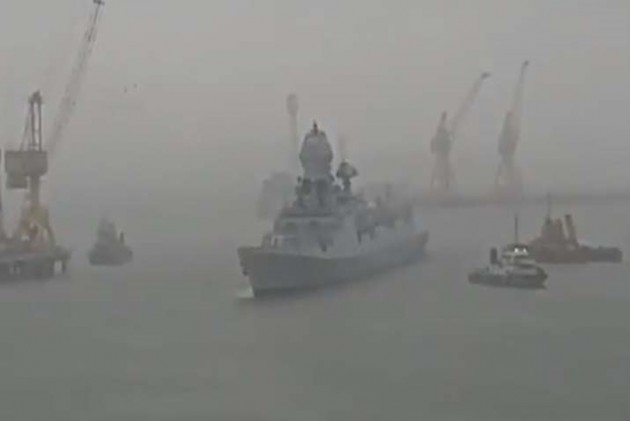 A Navy official on Wednesday informed that at least 22 personnel on board accommodation barge P305 that went adrift in Cyclone Tauktae fury before sinking in the Arabia Sea off Mumbai coast are dead and 65 still missing. "Search and rescue operations are still on and we haven't lost hopes of bringing them ashore," an official said. However, the chance of finding survivors is getting bleaker as the hours pass by, he added.

The Navy said its personnel, battling extreme weather, have so far rescued 186 of the 273 people who were onboard barge P305 and also two from tugboat Varaprada.

All personnel on board two other barges and an oil rig rendered adrift hours before the "very severe cyclonic storm" made landfall on the Gujarat coast are also safe, a Navy spokesperson said.

The 22 bodies, which the spokesperson called Brave Nature's Victims (BNV), were brought to Mumbai along with 125 of the barge P305 survivors, he said.

Navy warship INS Kochi reached Mumbai on Wednesday carrying the bodies and 125 of the 186 rescuees from P305.

"As of Wednesday morning, 186 personnel of barge P305 have been rescued. INS Teg, INS Betwa, INS Beas, P8I aircraft and Seaking helicopters are continuing with the search and rescue operations," a Navy spokesperson said.

Offshore vessels hired by ONGC and SCI towing then to safety. INS Talwar is also in the area to assist in the SAR ops, he added.

The accommodation barge P305 which was servicing ONGC offshore operations sank on Monday evening, the official said, adding 184 of the 273 personnel on board have been rescued so far.

Deputy Chief of Naval Staff Vice Admiral Murlidhar Sadashiv Pawar said the ongoing SAR is among the most challenging search and rescue operations in the last four decades.

Navy ships were deployed on Monday after receipt of a request for assistance for barge 'P305' adrift off Heera oil fields in Bombay high area with 273 personnel on board. The oil fields are around 70 km southwest of Mumbai.