The Union Home Ministry issued detailed advisories to Gujarat and the Union Territory of Diu, requesting them to take all precautionary measures to ensure that no human life is lost. 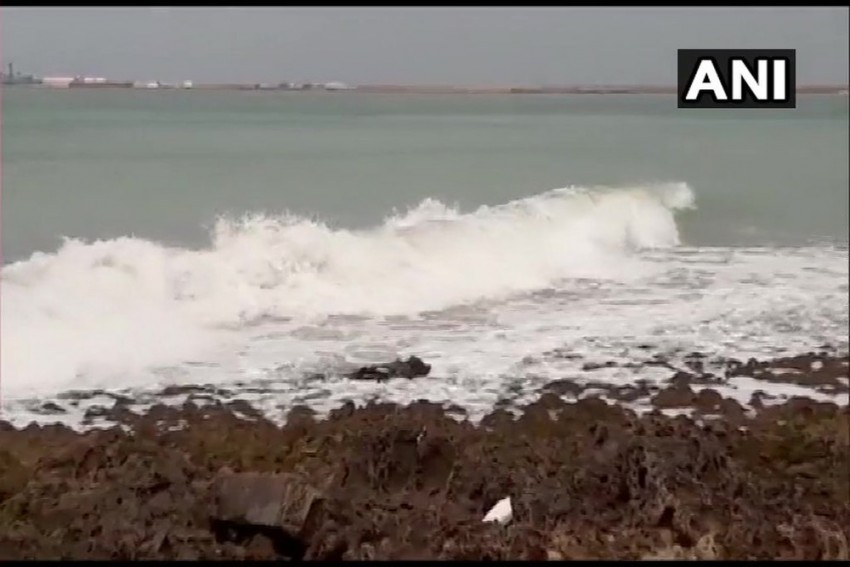 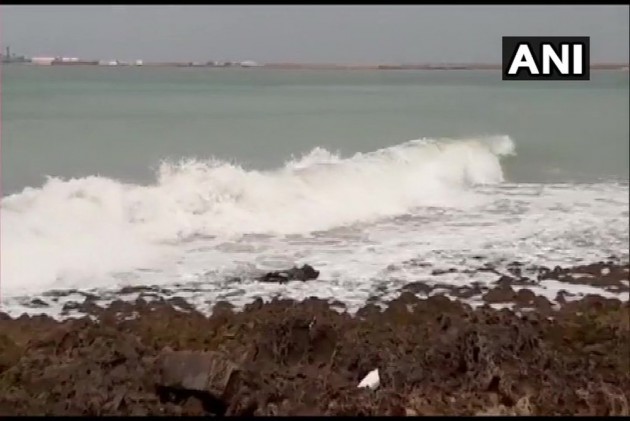 Mumbai and some neighbouring coastal areas of Maharashtra witnessed a windy Wednesday morning as cyclone 'Vayu' turned into a "very severe cyclonic storm" and advanced towards Gujarat, the weather department said.

"Cyclone Vayu has turned into a very severe cyclonic storm. It would cause gusty winds to blow at a speed of 145 kmph to 170 kmph by Thursday morning," the IMD said.

Cyclone Vayu is likely to make landfall on Gujarat's coast on Thursday, while teams of state and National Disaster Response Force (NDRF) are taking up positions in all the coastal districts.

Valsad: 20 villages in the district have been put on alert ahead of landfall of #CycloneVayu in Gujarat tomorrow morning. 39 schools in villages near the coasts in Valsad will remain closed. Fire and rescue teams are also on alert. pic.twitter.com/EBG5pva2cq

Gujarat Chief Secretary J.N. Singh told reporters in Gandhinagar that going by information from the Indian Meteorological Department (IMD), the cyclone was likely to make landfall near Veraval between 6 am and 7 am on Thursday.

"It would be anywhere between Veraval and Diu (in Saurashtra region), but most probably it would be near Veraval in Gir-Somnath district," he added.

The Union Home Ministry also issued detailed advisories to Gujarat and the Union Territory of Diu, requesting them to take all precautionary measures to ensure that no human life is lost.

The advisory aimed at minimising damage to vital infrastructure and ensuring early recovery of all essential services after the cyclone makes landfall, a Home Ministry statement said.

Union Home Minister Amit Shah is regularly reviewing the situation and Union Home Secretary Rajiv Gauba will conduct a review meeting on Wednesday with the Central ministries, agencies, Chief Secretaries and the advisor to Gujarat and Diu, the advisory said.

The Indian Meteorological Department has said that thunderstorm and lightning accompanied by gusty wind (40-50kmph) is very likely at isolated places in the districts of North Gujarat region including Banaskantha and Sabarkantha on Wednesday.

Several coastal districts in the Saurashtra region were likely to witness heavy to very heavy rains, heralding pre-monsoon showers, according to MeT officials.

"The state government has already started deploying NDRF rescue teams and we have asked for additional 10 NDRF teams from the Centre. In all, as many as 35 NDRF teams will be made available by tomorrow afternoon at all the coastal districts, which are likely to be affected," Additional Chief Secretary (Revenue) Pankaj Kumar told a press conference on Tuesday evening.

He said the state had been put on alert after predictions the cyclonic storm, accompanied by heavy rains. The NDRF teams, along with teams of State Disaster Response Force (SDRF), were being positioned and were well equipped with boats, tree-cutters, telecom equipment, among other things, Pankaj Kumar added.

Besides these, two companies of the Border Security Force (BSF) were being deployed in Kutch, while the state machinery is coordinating with the military for swift rescue and response efforts.

The Gujarat Government, on instructions from Chief Minister Vijay Rupani, has announced a two-day shutdown of all academic institutions including schools, colleges and anganwadis across six coastal districts in Saurashtra.

The MET officials have predicted heavy rainfall in the coastal districts of Gujarat and storm surge in the Arabian Sea could rise to about one to 1.5 metres above the normal tides and inundate low-lying coastal areas of Kutch, Devbhoomi Dwarka, Porbandar, Junagadh, Gir- Somnath, Amreli and Bhavnagar districts as well as Union Territory of Diu.

According to the latest IMD updates, the Cyclone Vayu is likely to move nearly northward and cross Gujarat coast between Porbandar and Mahuva around Veraval and Diu region as a Severe Cyclonic Storm with a wind speed of 110-120 km per hour gusting to 135 km per hour.

Principal Secretary (Ports and Transport) Sunaina Tomar, meanwhile, said a disaster management plan had been activated at all the ports in the state and cargo operations have been suspended. Fishermen have already been advised against venturing into the sea for the next few days.

With a view to ensuring that the authorities remained in all preparedness, Union Home Minister Amit Shah on Tuesday convened a high-level meeting to review the preparedness of state and central ministries concerned as well as agencies to deal with the situation.