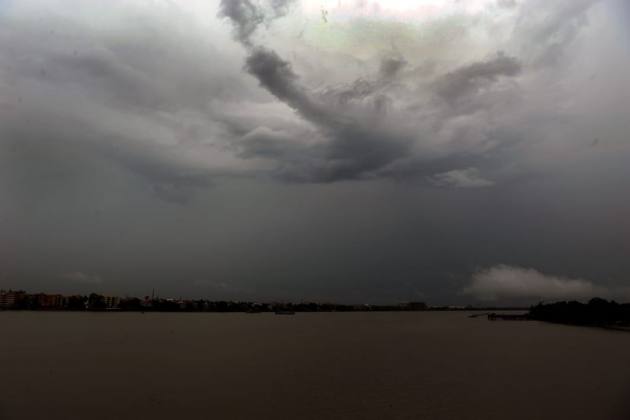 Having once lived through a cyclone that claimed about 10,000 lives, I can vouch that storms are exceedingly scary. It is the time when frightening gusts pummel everything out of their way and even coconuts start flying like bullets. Buildings sway, trees topple and tin roofs of makeshift dwellings are blown away. Also, if the storm is really bad, it scoops up the sea and waves come rushing inland—sweeping away everything in its path. And people die.

That India is holding its breath for another storm—Cyclone Yaas—hurtling down towards our eastern coast from the Bay of Bengal is understandable. Yaas, described as a very severe cyclonic storm, is expected to pack winds of up to 180 kmph. If it finally does come ashore with such ferocity, the damage it could cause would expectedly be extensive.

Besides its raw power, what makes a cyclone dangerous is also its unpredictability. At the moment, Yaas is headed towards Balasore on Odisha’s coast where it is likely to make landfall. That the cyclone may change course and hit somewhere else is not ruled out. What is certain though is that Odisha has been particularly unlucky when it comes to cyclones. As my Bhubaneswar-based colleague Sandeep Sahu points out, Cyclone Fani caused extensive damage to the state—particularly in the region around Puri—in May 2019. In May 2020, it was the turn of Cyclone Amphan, which caused greater harm to neighbouring West Bengal than Odisha. Unknown dangers stalk Odisha this May too with Yaas advancing menacingly.

Book Excerpts: The Orissa Tragedy -- A Cyclone’s Year Of Calamity

If you are following the news—on television in particular—there is a sense of apocalypse waiting to happen. But that is the case every time a cyclone hits. Blinding rain and precariously swaying trees make for dramatic visuals and breath-taking coverage. Though well-meaning, they often end up heightening collective anxiety by alluding to the possibility of an approaching doomsday.

That cyclones can be destructive is never in doubt. But they need not be always as deadly as it was in the case of the 1999 Super Cyclone that I lived through during my time as a resident of Bhubaneswar. Cyclones were not given names then, but the 1999 storm was no less ferocious than what is being projected for Cyclone Yaas. It raged for hours and flattened trees, power poles and shanties. People died—about 100 of them—when a tree or an electric pole fell on them. They were plain unlucky being at the wrong place at the wrong time.

But the unluckiest of all were the residents of Ersama in Jagatsinghpur district in coastal Odisha. Not all cyclones scoop up the sea and bring the waves inland. The 1999 one did with waves—three of them precise—rushing some 20 km inland like a tsunami and washing away houses that came in the way. Days after the sea receded, the death toll stood at almost 10,000.

The Ersama episode was a grim reminder that cyclones can be far more deadly if they trigger a storm surge. Fortunately, not all cyclones turn out to be as deadly. Consider Cyclone Tauktae that hit the western coast—Goa, Maharashtra and Gujarat—only days earlier. Surely it claimed lives, including scores who worked for the ONGC. But it could have been infinitely worse had the cyclone brought in a surge. The point is every time there is a cyclone, some people are likely to die. But mass deaths are unlikely to happen unless there is a storm surge—that is the sea surging in.

Though always a possibility, storm surges are not a frequent phenomenon, and we can pray and hope that Cyclone Yaas will spare us of a similar surge. We can also count on the fact that unlike in 1999 when the sea came upon unsuspecting people of Ersama and washed them away, both Odisha and its people are better prepared now than ever before. Unlike in the past when there were no more than a few dozen cyclone shelters, there are hundreds of them dotting the coastline now. More importantly, 1999 has not been forgotten. People then never imagined that the sea could come in. Now they know it may and, therefore, are more cooperative when the government blows the warning whistle. With people aware of the dangers, evacuations have become much easier.

Some credit is definitely due to the proactive state governments such as the one in Odisha. Marking a sharp departure from the past, a chief minister like Naveen Patnaik gets into action days ahead of an impending disaster. Disaster management drills are activated and steps taken to mitigate the suffering. Patnaik actually has made it a habit to visit the disaster management headquarters and appear hands on in handling the crisis.

Of course, it provides for great optics for any politician. No storm surge means lower fatalities—allowing every government to claim success. That the real test of a state’s preparedness would come in the event of a storm surge is left unstated. But no one surely wants Cyclone Yaas or any other future storm to pose such a test. We are better off this way, even if it means politicians getting away with exaggerated claims.