D Prakash Rao: The ‘Chaiwala’ Who Got A Guard Of Honour, A Tweet From PM! 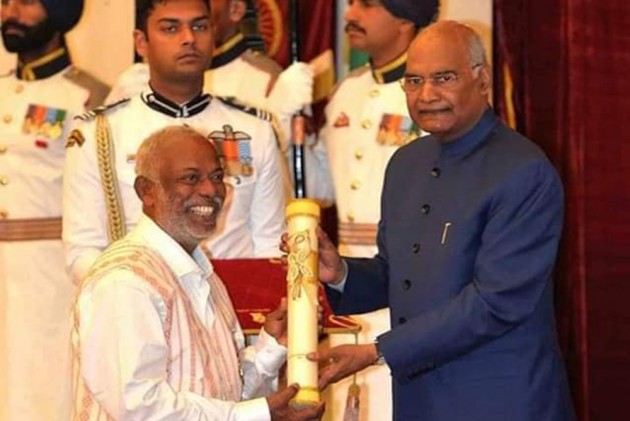 It is not often that a ‘chaiwala’ gets a state funeral or a tweet from the Prime Minister of India on his death. But then D Prakash Rao (63) was no ordinary chaiwala. Recipient of the Padma Shri, the fourth highest civilian award of the country, in 2019, the man who never lost the smile on his face while he lived, brought smiles to the lips of countless underprivileged children by providing them free education – and a malai-topped glass of milk – for nearly two decades. No wonder the children were among the most disconsolate as news of his death due to a brain stroke spread in the Millennium City of Cuttack on Wednesday.

Rao had been admitted to the SCB Medical College & Hospital in Cuttack on December 25, 2020, after developing post-Covid complications. The Padma Shri awardee had tested positive for Covid in December last year and was under home quarantine for a few days before being admitted to SCB following some complications. He had comorbidities like diabetes, blood pressure and had suffered a brain stroke earlier, too. He breathed his last at 4.15 pm on January 13, 2020, hospital sources said.

Deprived of higher education due to poverty, Rao had made it his life’s mission to ensure every child, especially those from poor families, get an education. To carry his mission forward, he had set up a school appropriately named “Asha O’ Ashwasana” (“Hope & Consolation”) where the vast majority of students were children of rickshaw pullers, daily wage earners and the like. What made his effort special was the fact that he ran the school with his meagre earnings selling tea and steadfastly refused to accept donations. Every year, he would admit 70-100 children, mostly from the nearby slums, and educate them, besides plenty of love and affection. No wonder the children feel orphaned at the passing away of their dear ‘Rao Sir’! 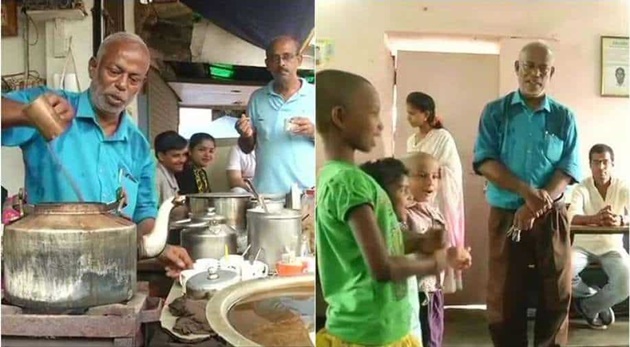 His pioneering work to provide education to poor slum children itself was good enough to make him one of the worthiest sons of the Millennium City of Cuttack. But with a heart that always craved to help the needy, he did much more than that. When not selling tea at his stall in Buxi Bazar or teaching slum children at his school, one would find him at the SCB Medical College looking out for any poor patient in need of help – or blood. He himself had donated blood over 200 times, doctors at the SCB said. Besides, he would offer monetary help to those who had no money to buy medicines. His was a familiar face in the SCB campus where everyone from the sweepers to the professors knew him personally. A word from him would do wonders for anyone not receiving due attention at the hospital. Apart from his ‘students’, the doctors and the staff at the SCB were the ones who would miss the smiling visage of Rao the most. “He was an inspiration for all of us,” PG student Soumitra Das told Outlook.

A spate of reports in the media about his Good Samaritan acts duly reached the central government and he was conferred with Padma Shri on Republic Day, 2019. But a year before that, Prime Minister Narendra Modi had taken time off his packed schedule to speak to the extraordinary man during a visit to Odisha. He had also mentioned Rao and his wonderful work extensively during a ‘Mann ki Baat’. On receiving the news of Rao’s death yesterday, Modi was among the first to record his condolence.

With Rao’s death, there is now a question mark over the school he had set up in his lifetime. But residents of Cuttack are confident that there would be many people willing to come up with help to ensure the school continues to spread the light of education among poor children.