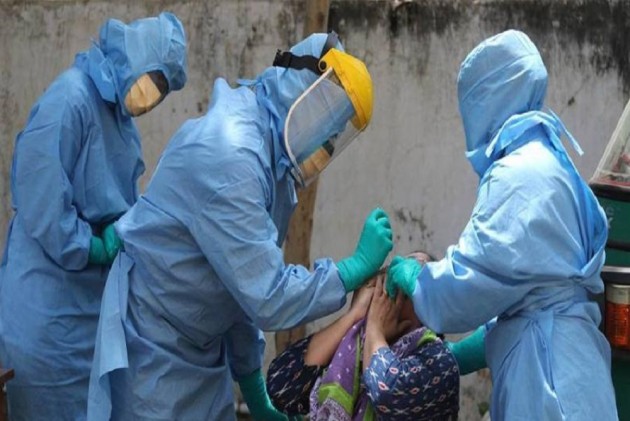 For the third day in a row, daily new coronavirus infections in the country settled below the 50,000-mark, the Union Health Ministry said on Tuesday.

The Ministry said the figures assume significance in the context of some countries reporting as high as one lakh cases per day since the last three-four days.

72 per cent of new infections reported in a span of 24 hours are from 10 states and UTs with Delhi continuing to report the highest daily new cases at 5,983, which is less than its previous day tally of 7,745 new cases, the Ministry said.

There has been a sustained decrease in the number of active cases in the country over the past few weeks, which has shrunk to 5,05,265 and presently comprise 5.88 per cent of the total caseload.

For the 38th day as on date, recoveries have exceeded the daily new cases with 42,033 patients recovering in a span of 24 hours as against 38,073 infections being reported during the same period, the ministry underlined.

India has registered less than 40,000 daily new cases after six days. The total recoveries have surged to 79,59,406 pushing the national recovery rate to 92.64 per cent.

"The gap between recovered cases and active cases has widened to 74,54,141," the Ministry said.

78 per cent of the new recovered cases are observed to be concentrated in 10 states and UTs .

Delhi has reported the maximum number of single-day recoveries with 7,014 newly recovered cases. A total of 5,983 people recovered in Kerala followed by 4,396 in West Bengal.

"Delhi continues to report the highest daily new cases; 5,983, which is less than its previous day tally of 7,745 new cases. Delhi is followed by West Bengal with 3,907 new cases,"  the ministry said.

Kerala's daily case has declined to 3,593 while Maharashtra''s new cases have declined to 3,277 cases although they occupy the third and fourth spot in reporting daily new cases.

A total of 448 case fatalities have been reported in a span of 24 hours.

Fatalities have continued to decrease with less than 500 fatalities reported for the second day.

Ten states and UTs account for nearly 78 per cent of the fatalities.

Although Maharashtra saw the most casualties (85), its contribution to daily deaths has decreased to 18.97 per cent, the ministry said.

Delhi and West Bengal follow with 71 and 56 daily deaths, respectively