Dalai Lama said he will remain committed to non-violence and compassion until his death. 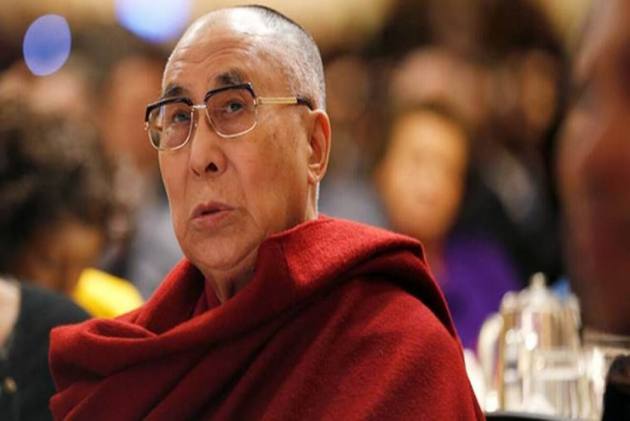 As prayers in the monasteries marked the 86th birthday of Tibetan Spiritual leader Dalai Lama amid Covid-19 protocols, the Tibetan Government-in-Exile (TGiE) on Tuesday hoped that Dalai Lama’s peaceful struggle for homeland will bear the fruits.

“As per the aspirations of the living and will of the dying, may the Dalai Lama be able to visit Tibet as soon as possible. May the Sino-Tibet conflict be resolved as early as possible to pave the way for the Tibetans inside and outside Tibet to reunite at the earliest” said TGiE in a statement on Dalai Lama's birthday.

Unlike pre-Covid times, there was no public display of the celebrations or congregations at McLeodganj.

Dalai Lama, who had cancelled all his public engagement and travels after the outbreak of the pandemic in 2020, addressed his followers using audio-visual means, making a fresh resolve not to give up the path of non-violent struggle, which he hoped will certainly find a peaceful resolution, by all means.

He said, “Since I became a refugee and now settled in India, I have taken full advantage of India’s freedom and religious harmony. I want to assure you that for the rest of my life I am committed to reviving ancient Indian knowledge”.

Reaffirming resolve to the Indian concept of secular values such as honesty, karuna (compassion), and ahimsa (non-violence), Dalai Lama said he will remain committed to non-violence and compassion until his death.

Born on July 6, 1935, in Tibet, the 14th Dalai Lama, Tenzin Gyatso, fled to India in 1959 as a refugee after China invade Tibet and resorted to cultural genocide and since then had made Mcleodganj –a small hamlet near Dharamshala as his home, and headquarter of Tibetan Government-in-Exile, also known as Central Tibetan Administration.

As Dalai Lama’s office has called off all public engagements, the Tibetan spiritual leader is holding regular online events since February 2020. By now around 60 million people have watched the events, which also got translated into 14-16 languages.

Kashag, the Tibetan cabinet, in its statement said “current global political climate offers a golden opportunity to highlight the Tibet issue. We should therefore duly proceed with the Dalai Lama’s blessings. That will be the greatest gift to the Dalai Lama on this birthday and will maintain unity among Tibetans all over the globe ".