The recent incidents of Dalit crimes once again bring to light the deep-rooted caste-based behaviourism that rules the ‘democratic’ society to date. 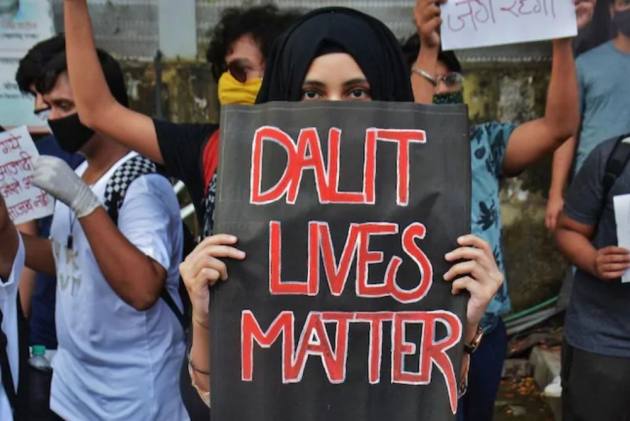 A video of a Dalit man being forced to lick his own spit on the streets of Bihar had gone viral creating an uproar among activists. The video purportedly showed a Panchayat election candidate assaulting two Dalit men in the Aurangabad district. According to reports, Balwant Singh, who was contesting for the post of Panchayat head was heard blaming the Dalit men for his loss. He said that despite paying them to vote, they did not.

Later, he made the two men do sit-ups while holding their ears. Further, he made one of them bend down and lick his own spit while he held his neck.

A couple of days later, on Monday, a 29-year-old Dalit youth was allegedly beaten up for using a public road in a village in Karnataka’s Mysuru district, an area dominated by the Lingayats community.

The two incidents, out of countless ones, once again bring to light the deep-rooted caste-based behaviourism that rules the ‘democratic’ society to date.

“Even today, if a Dalit goes to the police station to register an FIR, the case is not recorded. Most of these cases are reported from rural areas and one of the many reasons is that the police are under immense pressure from the dominant cast there that commits the atrocities against the Dalits,” said Beena Pallical, General Secretary of National Campaign on Dalit Human Rights (NCDHR).

There is immense resistance from the judiciary to record these cases, hence hundreds of cases do not even make it to the data every year, Pallical added.

“The very fact, that police don’t think that Dalits have rights, is what needs to be changed,” said Pallical.

What does the data say?

According to the data by the National Crimes Record Bureau, a Scheduled Caste (SC) person faced crime every 10 minutes in 2020. A total of 50,291 cases of Dalit brutality were registered in 2020, an increase of 9.4 per cent from the previous year.

Earlier in December, the government informed the Supreme Court that nearly 139,045 criminal cases against Dalits have been registered between 2018 and 2020.

Reports suggest the number of criminal cases against the Dalit community has gone up following the coronavirus pandemic.

“In addition to the increased number of overall crime cases during the pandemic, crimes against Dalits have also shot up. Covid has caused more social ostracisation in addition to the existing-caste discrimination. They are not new to isolation, and the pandemic has more reasons to have them more set apart,” Beena added.

In 2021 alone, several reports of crimes against the Dalit community have been reported from across the nation.

One of the most recent and gruesome ones was the Hathras rape case, which shook the entire nation.

‘Your daughter is dead’

On August 4 headlines across various publications talked about the rape of a 9-year-old Dalit girl in India’s capital city, New Delhi. The young girl had gone to a crematorium to drink water from the water cooler, where she was raped by a priest and his associates and then buried alive.

When her mother went running to look for her daughter, the priest told her, “Your daughter is dead”.

The incident sparked days-long protests in the city irking human rights activists across the nation.

The incident, once again unveiled, how Dalit women, languishing at the bottom of India’s patriarchal society and a complex hierarchy, are among the most oppressed.

A look at a few of the other similar incidents:

1. In August, a priest and his assistant were arrested for allegedly stopping a Dalit girl from drinking water from a temple handpump in Gaghura village in Uttar Pradesh’s Sambhal after making casteist slurs. When the girl’s father tried to protest, he was injured with a trident (trishul).

The incident happened after the 13-year-old girl along with her father went to collect fodder. The girl then went inside the temple to drink water.

2. In June-July, early this year, four cases of Dalit assaults were reported back-to-back in Uttar Pradesh. In the first two incidents reported from Kanpur Dehat and Chandauli, police reportedly sprang to action after the videos of the same went viral. In another one, people from the Dalit community had alleged that the Azamgarh Police had thrashed them in the pretext of searching their houses. In the fourth incident, a 19-year-old man was reportedly pulled by his hair and thrashed by a group of men in public view. The action was taken only after the video went viral.

3. On October 7, a Dalit man was beaten to death in Rajasthan’s Hanumangarh for having a love affair with his neighbour’s wife. The entire act was recorded and the body was dumped in front of the victim’s house.

4. In the same month, five people were arrested in Rajasthan’s Jalore for mercilessly thrashing a Dalit youth and uploading the video on social media. According to the police statement, the victim was sitting in front of a shop with his friend when the group of five men came and started making casteist remarks. Afterwards, the accused brutally thrashed and assaulted the man.

5. A couple of weeks later, six members of a Dalit family were attacked and thrashed by a mob of 20 men for visiting a temple that apparently enraged the local caste Hindus in Gujarat’s Kutch. The accused first destroyed the crops of the family, then beat them inside their house.

These and perhaps more. Cases of violence against the Dalit community are rampant across India, which has seen the longest survival of caste-based social hierarchy.

The government is going to launch a helpline with an aim to ensure proper implementation of the Scheduled Castes and the Scheduled Tribes (Prevention of Atrocities) Act, 1989.

In a statement, the Ministry of Social Justice and Empowerment said the National Helpline Against Atrocities (NHAA) will be available round the clock on toll-free number 14566 across the country.

It can be accessed by making a voice call or VOIP either from a mobile or a landline number of any telecom operator, the ministry said.

“In some way, we have to be hopeful. If we use it to our advantage, it would be of immense help,” said Beena adding, “Whatever number of calls the helpline receives, we can still hold the government accountable for the same.”