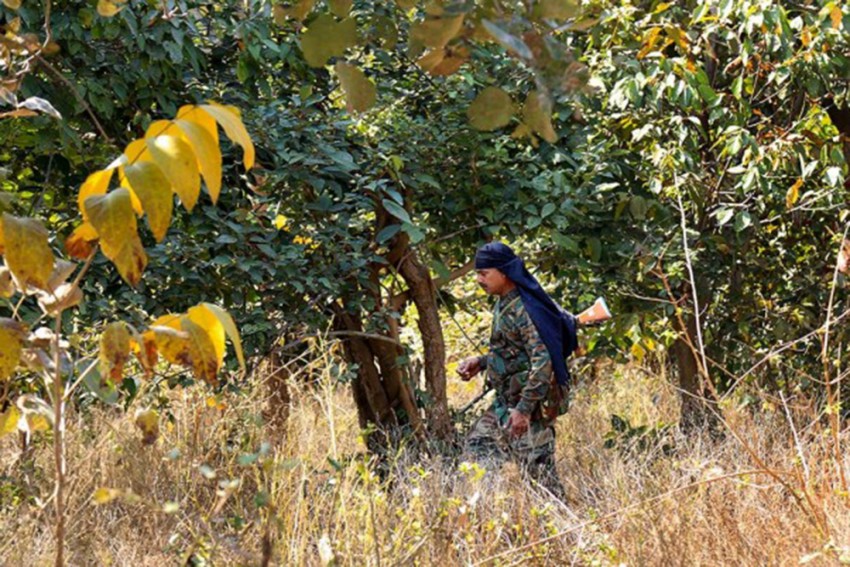 A Naxal, wanted in nearly 25 criminal cases, was gunned down during an encounter with security personnel in Chhattisgarh's Dantewada district on Sunday, police said.

The police said that the gunfight took place at a forest in Pordem at around 12.30 pm.

A team of the District Reserve Group (DRG) during an anti-Naxal exercise came under fire from rebels, following which the security personnel launched retaliatory action, they said.

The rebels later fled the spot, taking cover of the thick vegetation in the forest, located around 400 km from Raipur, he said.

“During a search of the area, the security personnel recovered the body of a Naxal along with a pistol and other articles of daily use. The slain cadre was identified as Santosh Markam, member of the Malangir Area Committee of rebels. He was carrying a cash reward of Rs 5 lakh on his head,” Dantewada Superintendent of Police Abhishek Pallava said.

Around 25 criminal cases were registered against the slain Naxal at Aranpur police station, he added.