Chandini has become the first girl in her village, Melghar, to clear the Class X matriculation examination conducted by the Board of Secondary Education (BSE), Odisha. 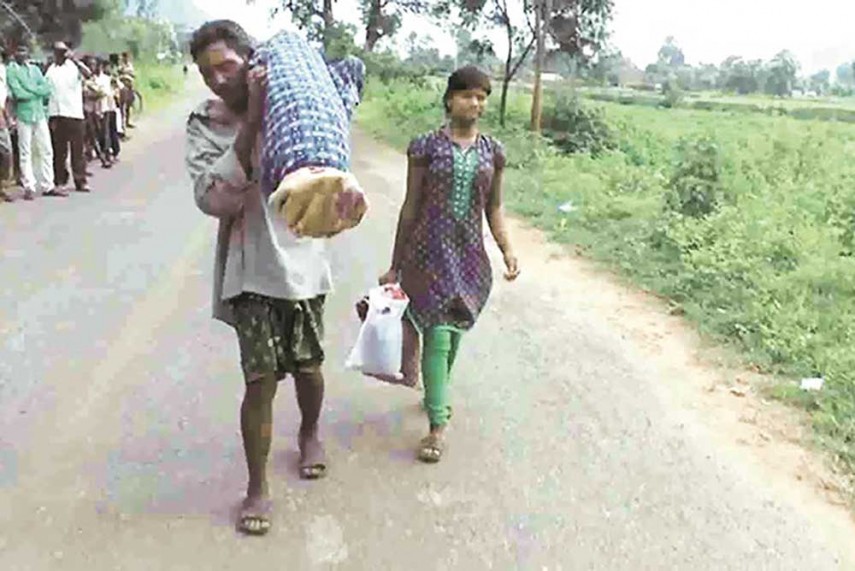 At 12, her photograph was splashed all over the media – local, national and international - as she walked, bags in hand, alongside her father Dana Majhi, who was carrying the body of her mother Amang on his shoulders, sobbing all the while. Majhi had to carry the body of his wife, who had died while under treatment at the district headquarters hospital in Bhawanipatna, all the way to his village, 10 km away, after being denied the services of a hearse by the hospital authorities. He did not have the money to hire a vehicle. The incident was a telling commentary as much on the acute poverty prevailing as on the wretched state of healthcare facilities in the remote tribal areas of Odisha (and indeed of India).

That was in August, 2016. Five years down the line, Chandini, whose plight had tugged at the heartstrings of countless people around the world, has given cause for cheer by becoming the first girl in her village, Melghar, to clear the Class X matriculation examination conducted by the Board of Secondary Education (BSE), Odisha.

“For years, I used to cry and curse my fate. But now I am extremely happy that I have cleared the high school certificate examination,” said a visibly elated Chandini after coming to know about her result.

Dana Majhi is undoubtedly proud of what his daughter has achieved. “There are no teachers in the local school and hence the children are not interested in going to school. No wonder not a single student of the school has cleared the matriculation exam so far. I am delighted that my daughter has cleared the board exam,” he said, a tinge of pride unmistakable in his voice.

It is, however, doubtful if Chandini would have managed to achieve what she did if she continued to study at the village school. She, along with her siblings Sonia and Chauli, was admitted to the KISS residential school in Bhubaneswar, where about 25, 000 tribal children are provided free lodging, boarding and education, after the Dana Majhi incident pricked the conscience of the nation. “This is my happiness to see girls taking charge of presiding over their destiny. And this is an example of KISS unlocking every frontier. We are proud of such stories of inspiration and hope," tweeted Achyuta Samanta, the founder of the school and the MP from Kandhamal.

The helping hand offered by KISS has certainly changed the life of Chandini, who can start dreaming once again. Even Dana Majhi, who wallowed in acute poverty once, is now an affluent man with all the money that poured into his coffers after his story made the headlines five years ago. But the fate of his village hasn’t changed much. “Electric poles have been erected and meters installed. But there is no sign of power in the village. Repeated pleas to the administration have fallen on deaf ears,” rues a youth in Melghar, pointing to the poles in front.