According to the sources, Congress MLA M T B Nagaraj had hinted that he might consider withdrawing his resignation but he fell short of making any final announcement. 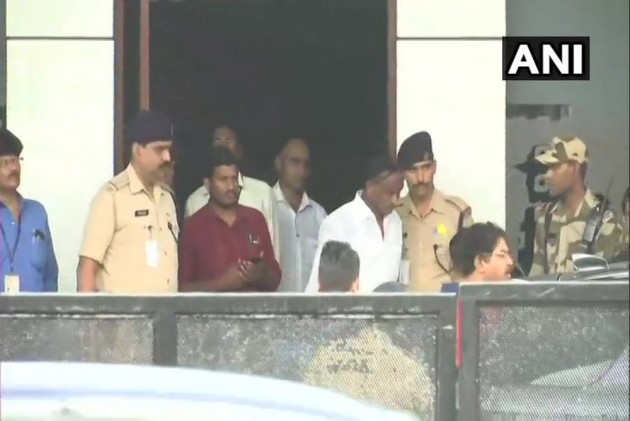 Efforts by coalition leaders to mollify rebel Congress MLA M T B Nagaraj seem to have failed as he has flown to Mumbai Sunday, according to sources.

Leaders of the Congress-JD(S) coalition held negotiations with Nagaraj on Saturday in a bid to woo him back to save the H D Kumaraswamy-led government in Karnataka that is on the brink of collapse.

The Hoskote MLA had maintained that he intended to take a final decision on the withdrawal of his resignation after talks with Chikkaballapura MLA K Sudhakar, as both had together submitted resignation to the Speaker on July 10.

According to the sources, Nagaraj is now on his way to Mumbai to join Sudhakar, who is said to be along with other MLAs who have quit and are camping there.

Nagaraj, who was Housing Minister in the Kumaraswamy government before he resigned, however, maintained that he was still in the Congress party.

"Sudhakar has switched off his phone and is not available for the last two days. After pacifying and convincing Sudhakar, I will try to bring him back. Because we both had resigned together, so we want to be united. I have informed this to Congress leaders," Nagaraj told reporters here before leaving his residence.

Stating that he was still in the Congress, he said leaders, including Chief Minister H D Kumaraswamy and CLP leader Siddaramaiah, have asked him to withdraw the resignation.

"I'm also trying for it (withdraw). Only thing is that I have to meet Sudhakar, I haven't met him. I will meet him, he should be somewhere," he said, adding "my intention is that we have to withdraw it (resignation) together."

After almost day-long negotiations on Saturday, it appeared that Congress had made some headway in pacifying Nagaraj, who had hinted that he might consider withdrawing his resignation but fell short of making any final announcement.

A day after Kumaraswamy made a surprise announcement in the Assembly that he would seek a trust vote, marathon meetings were held by coalition leaders, including Siddaramaiah, Kumaraswamy and Minister D K Shivakumar, with Nagaraj on Saturday.

However, Nagaraj on his part maintained his stand that he will take any call on withdrawal only after talks with Sudhakar, as they both had decided to resign together.

The Hoskote MLA had even said he would also try to pacify Sudhakar and convince him to withdraw the resignation.

Responding to a question on his decision if he was unable to meet Sudhakar, Nagaraj said, "Then, what should be my decision, I will decide it tomorrow morning."

Asked what he would do if Sudhakar did not agree to withdraw his resignation, Nagaraj said, "I will think about it and decide."

Nagaraj is among the five rebel Congress MLAs, who had moved the Supreme Court on Saturday against the Assembly Speaker K R Ramesh Kumar not accepting their resignation.

MLAs Anand Singh, K Sudhakar, N Nagaraj (MTB), Munirathna and Roshan Baig have sought impediment in the already pending application filed by the 10 other rebel MLAs on which hearing is scheduled for Tuesday.

The coalition government is on a sticky wicket with 16 MLAs -- 13 of the Congress and three of the JD(S) -- resigning their assembly membership. Besides, two independent legislators, who were made ministers recently to provide stability, have quit the cabinet.

The independents -- H Nagesh and R Shankar -- too have withdrawn support to the coalition government and are now supporting the BJP.

With the support of the two independents, the opposition BJP has 107 MLAs in the 224-member House.

If the resignations of the 16 MLAs are accepted, the ruling coalition's tally will be reduced to 100. The speaker has a vote too.