He asserted that the entire country has reposed its faith in Prime Minister Narendra Modi's leadership and he too has decided to support Modi. 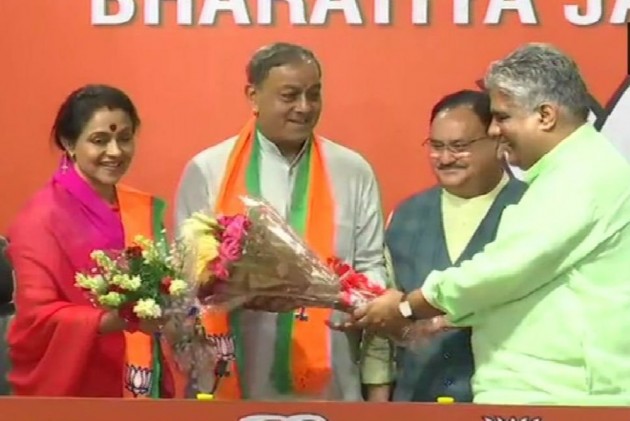 A day after quitting the Congress and his Rajya Sabha membership, Sanjay Sinh joined the BJP on Wednesday in the presence of senior party leaders, including its working president J P Nadda.

Sanjay Sinh joined the saffron party along with his wife Amita Sinh.

He asserted that the entire country has reposed its faith in Prime Minister Narendra Modi's leadership and he too has decided to support Modi.

Nadda said their induction in the BJP will strengthen the party.

He had been in the BJP earlier as well.