Public Transport Resumes In Parts Of Kashmir, Students Still Stay Away From Schools

The government last week had ordered the reopening of primary schools across the valley from Monday. However, the order proved futile as students did not turn up. 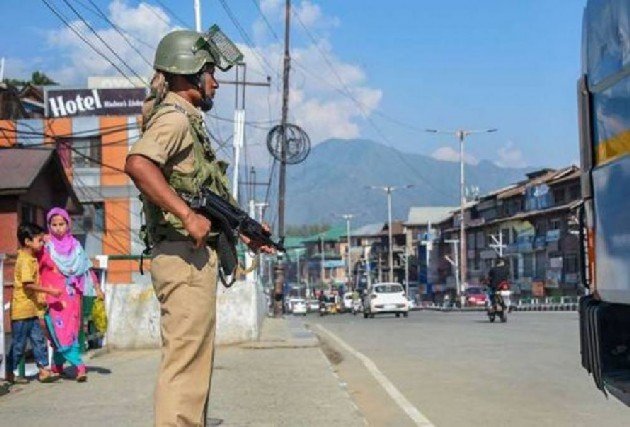 The authorities on Wednesday continued with day-time relaxations across Kashmir, while students stayed away from schools despite the administration's order of the reopening of educational institutions up to the middle classes-level across the Valley.

The authorities have lifted restrictions from several areas of Kashmir, including from several parts of the city, officials said.

They said barricades were removed from uptown and civil lines areas of the city, but the deployment of security forces continued to maintain law and order. However, restrictions continued in some parts especially in the downtown areas of the city here.

Most of the schools, especially private-run institutes, wore deserted look as no student turned up to attend the classes even as a few staff members joined duties at some of these institutions, the officials said.

They said parents desisted from sending their children even to the government-run schools because of the prevailing situation.

The government last week had ordered the reopening of primary schools across the valley from Monday. However, the order proved futile as students did not turn up. Later in the evening, the authorities said the middle schools would reopen from Wednesday. But, the government's assurances of putting in place all necessary arrangements for the smooth functioning of the educational institutions found no takers and students stayed home on Wednesday as well.

The government on Tuesday had said normal functioning of large parts of the state was reported with 12 out of the 22 districts functioning normally.

The siege around the iconic Clock Tower in the Lal Chowk city centre of Srinagar was also lifted after 15 days.

Addressing an evening presser here, Principal Secretary, Planning and Development, Rohit Kansal, who is also the government's spokesperson, said day-time restrictions were lifted from 136 police stations out of the total 197 across Jammu and Kashmir.

Kansal said public transport had started plying in areas where relaxations were provided and inter-district transport had also started functioning.

The government spokesperson said out of 93,000 landline telephones, 73,000 landlines were restored and the rest would operate soon.

The officials said the attendance in government offices was improving.

However, markets in the valley were shut, while public transport remained off the roads.