The PSLV is a four-stage engine expendable rocket with alternating solid and liquid fuel. In its normal configuration, the rocket will have six strap-on motors hugging it's first stage. 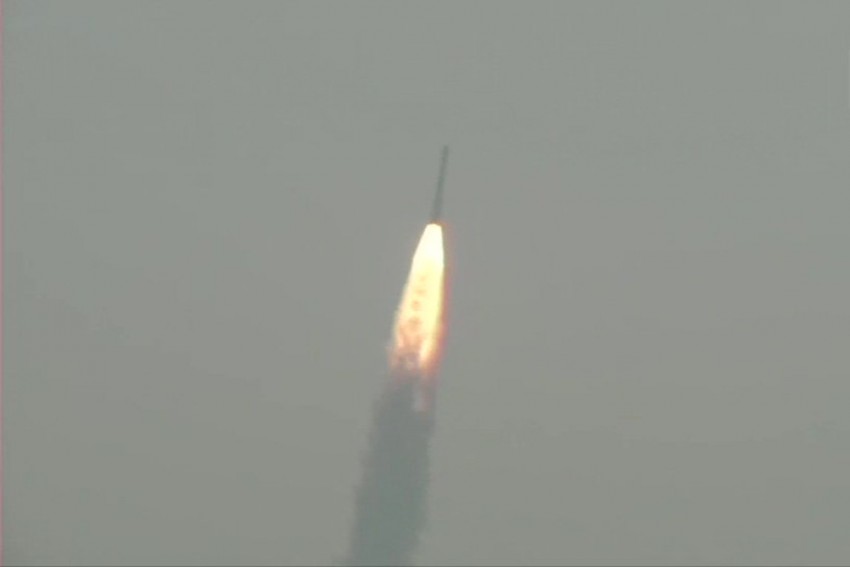 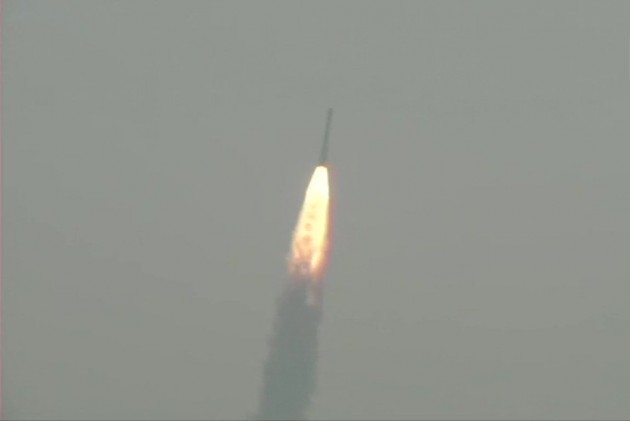 The rocket, PSLV-C45, injected the 436 kg EMISAT, aimed at electromagnetic measurement, and 28 co-passenger satellites belonging to Lithuania, Spain, Switzerland and the US, into their designated orbits, ISRO said.

The rocket lifted off majestically in a burst of orange flames at 9.27 am from the second launch pad at this spaceport at the end of the 27-hour countdown.

ISRO chief K Sivan and the space agency's scientists broke into cheers as the EMISAT satellite was injected into 749 km orbit, 17 minutes after the lift off.

All the 28 customer satellites, totally weighing about 220 kgs, were released into around 504 km orbit, after the fourth stage was reignited and lowered in a complex operation lasting around two hours.

Again, the fourth stage would be reignited and further lowered to 485 km orbit to serve as an orbital platform for carrying out space-borne experiments for the first time in ISRO's history.