Days After Reshuffle, Union Cabinet To Meet Physically After More Than A Year

The prime minister will also chair a meeting of the Council of Ministers at 4 pm through video conferencing. 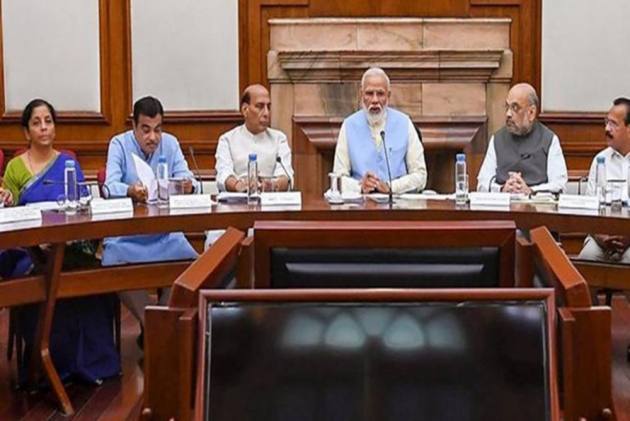 Nearly a week after the massive reshuffle and expansion, the Union Cabinet will be meeting physically for the first time in over a year on Wednesday at 11 am.

Sources said the last Cabinet meeting held physically was in the first week of April last year, when the coronavirus pandemic struck the country.

The Union Cabinet had, however, been meeting regularly almost every week through video conferencing, even during lockdown.

Distribution Of The Spoils Of Power Is The Objective Of Cabinet Reshuffle: Congress

The prime minister will also chair a meeting of the Council of Ministers at 4 pm through video conferencing.

This is the second time in a week that the Council of Ministers will meet after its expansion on July 7, with the induction of 43 new ministers.

The new Council of Ministers had met on July 8.

Sources said the upcoming Monsoon session of Parliament may have been one of the reasons for the frequent convening of the meeting of Council of ministers.