The AAP leader said that the DCP had violated all the rules of the Election Commission to 'discredit a party'. 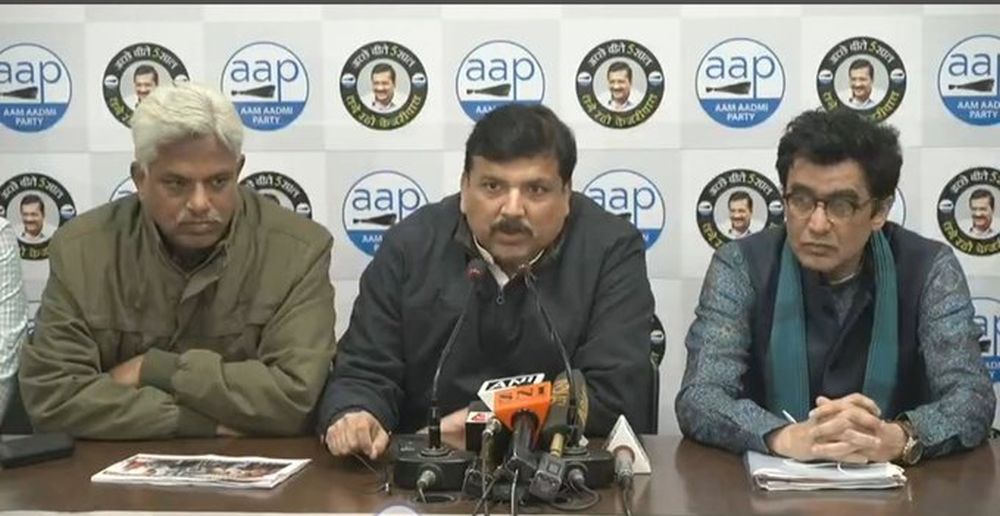 After Delhi Police claimed that Kapil Gurjar, who opened fire at Shaheen Bagh protest site on February 1, was associated with the Aam Aadmi Party, the party said it will lodge a complaint with the Election Commission against DCP Crime Branch, Rajesh Deo.

"The Model Code of Conduct (MCC) is in place and DCP Crime Branch, Rajesh Deo, is saying photos of AAP members have been found. Is Amit Shah telling Rajesh Deo to say these things? On whose instructions has he dared to do this?" Singh said at a press conference.

"Investigation has not been completed, photos have not been investigated and a police officer is taking a party's name, at a time when the MCC is in place. We will complain to EC," he said.

Earlier, Singh had alleged that it was a "conspiracy" and "another example of BJP's dirty politics."

The AAP leader said that the DCP had violated all the rules of the Election Commission to "discredit a party".

"DCP Rajesh Dev should roam around with a lotus on his shirt," the AAP leader said.

"Amit Shah is the Home Minister of the country right now. And before the elections, many more photos and conspiracies will be found. There are just three to four days left for the elections. BJP will do as much dirty politics as they can. What does having a picture with someone mean?" Singh said.

The Crime Branch of Delhi Police on Tuesday evening claimed that Kapil Gurjar was associated with the Aam Aadmi Party (AAP) -- based on photographs recovered from his phone in which Gurjar and his father are seen along with prominent leaders of the party.

The photos recovered from phone of the Kapil show him and his father Gaje Singh with AAP leaders such as Atishi and Sanjay Singh and are allegedly from 2019 on the day when the father-son duo joined AAP.

Confirming that the photos were recovered from Kapil's phone, Deo said, "We recovered the pictures from his phone during the course of the investigation. Kapil has confessed that he and his father joined AAP somewhere between January-February 2019."