Dead Owl In Delhi Zoo Found To Have Bird Flu

A dead owl in the National Zoological Park, Delhi has tested positive for bird flu. 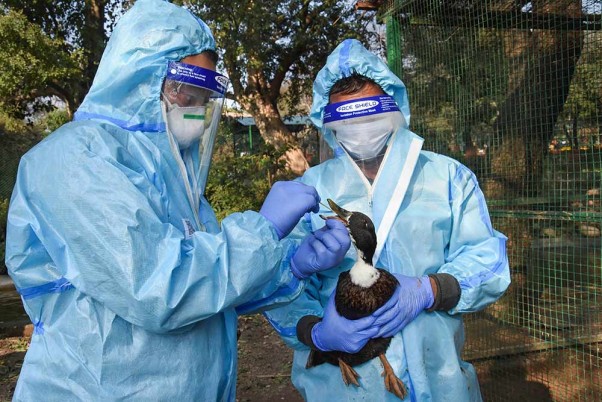 According to officials, a dead owl in the Delhi zoo has been tested positive for bird flu. "The zoo witnessed the death of a brown fish owl in its captivity. Its cloacal, tracheal and ocular swabs were sent to the animal husbandry unit of the Delhi government for serological examination", said Zoo Director Ramesh Pandey.

He added that the samples obtained tested positive for H5N8 avian influenza virus under real-time RT-PCR test done by ICAR-National Institute of High Security Animal Disease (NIHSAD), Bhopal.  Sanitisation and surveillance drills in the zoo, have now been intensified and all preventive measures were already been taken, according to the guidelines released by the Centre and the Delhi government.

"Birds in captivity have been isolated and are under consistent monitoring and care for their behaviour and health. A spray of lime, virkon-S and sodium hypochlorite and foot bath of potassium permanganate are being done on regular intervals every day", said Pandey. In the view of the bird flu outbreak, chicken feed to raptors and entry of vehicles inside the zoo have been stopped and the movement of staff is also being regulated.

Will Pay Compensation If Covaxin Causes Side Effects: Bharat Biotech