Death Anniversary Of Chhatrapati Shivaji: Here Are 10 Lesser-Known Facts About The Ruler 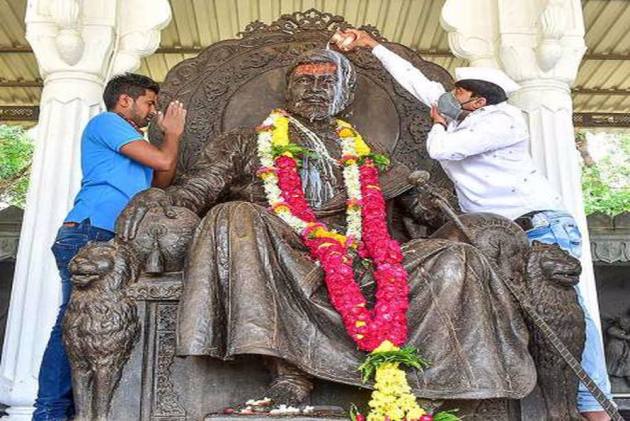 April 3, 2021 marks the 341st death anniversary of Chhatrapati Shivaji Maharaj. Celebrated for his courage, Shivaji laid the foundation of the Maratha Empire.

Remembering the warrior on his death anniversary, here are some lesser-known facts about him.

1. Shivaji was born on February 19, 1630 at Shivneri Fort in Pune to Shahaji and Jijabai. His father served as a general under the Deccan Sultanate.

2. He was named after the regional deity Shivai, and not after Lord Shiva.

3. Shivaji was the first to initiate the idea of self-rule 'Swarajya'.

4. He was formally crowned as the Chhatrapati (emperor) of Raigad in 1674.

5. Shivaji was very attached to his Hindu roots and revived positive aspects of the religion.

6. He promoted the use of Sanskrit and Marathi for administrative purposes instead of Persian.

7. He was considered to be highly secular and very accommodating of people who had adopted different religious beliefs.

8. Many Muslims served in in his military. In his office, Ibrahim Khan and Daulat Khan held prominent positions in the navy and Siddi Ibrahim was the chief of artillery.

10. He was survived by his childless eldest wife Putalabai who committed Sati at his funeral.