Death Of Covid Patients Due To Shortage Of Oxygen Is No Less Than Genocide: Allahabad HC

The court also said that such deaths were criminal acts committed by those who have been tasked to ensure oxygen supply is maintained in the state. 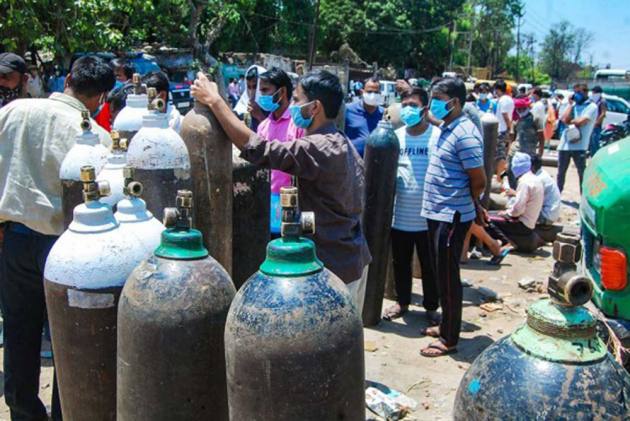 In the backdrop of many Covid-19 patients dying due to lack of medical oxygen and untimely treatment, the Allahabad High Court Tuesday noted that such deaths were no “less than a genocide” caused by authorities.

In a strongly worded statement, the court further said that such deaths were criminal acts committed by those who have been tasked to ensure oxygen supply is maintained in the state.

The court made the remarks while responding to reports that many Covid-19 patients succumbed to the disease in Lucknow and Meerut districts after not being able to avail liquid medical oxygen. The court also ordered a probe into the incidents.

Karnataka: 24 Patients Die Due To 'Shortage Of Oxygen' At Govt Hospital

These developments come in the backdrop of India’s Covid-19 caseload crossing the 2-crore mark. Registering a steady increase on Monday, the country logged 3,57,229 new infections causing the total tally of Covid-19 cases to rise to 2,02,82,833.

"We are at pain in observing that death of Covid patients just for non-supplying of oxygen to the hospitals is a criminal act and not less than a genocide by those who have been entrusted the task to ensure continuous procurement and supply chain of the liquid medical oxygen," the Allahabad HC observed on Tuesday.

A two judges-bench comprising justices Siddharth Verma and Justice Ajit Kumar passed an order on a Public Interest Litigation on the spread of Covid-19 in the state and the condition of quarantine centres.

"How can we let our people die in this way when science is so advanced that even heart transplantation and brain surgery are taking place these days," the court asked, coming down heavily on authorities.

"Normally, we would have not directed the state and district administration to enquire into such news that have been viralled on social media, but since the advocates who were appearing in this PIL supported such news and even submitted that more or less situations in other districts of state are the same, we find it necessary to direct for immediate remedial measures to be taken by the government," the court said.

The court directed the DMs of Lucknow and Meerut to enquire into such news items within 48 hours and submit their reports on the next date.

They are also directed to appear before the court online on the next date of hearing.

The court was informed about a viral news item that five patients had died in the ICU of a new trauma centre of Medical College, Meerut, last Sunday.

Similarly, Sun Hospital, Gomti Nagar, Lucknow and another private hospital at Meerut had taken their hands off admitted Covid-19 patients only for the reason that oxygen supply was not made even after demand.