On Saturday Leh Apex Body (LAB) and Kargil Democratic Alliance (KDA) announced an agitation in the entire Ladakh region with a bandh call on December 6. 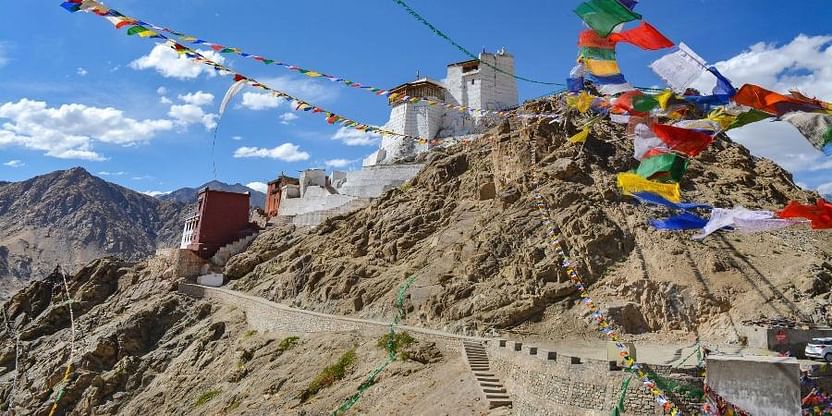 While politics in J&K especially in the Valley is confined to political leaders joining new parties, different politics is in play in the Ladakh region for the past two years to safeguard the identity of the people of Ladakh. After the abrogation of Article 370 and Ladakh becoming a separate Union Territory, it was assumed that the Ladakh region got a solution for all its problems. But unexpectedly things are moving in reverse gear. While in Jammu and Kashmir, political parties came together under the banner of the Peoples Alliance for Gupkar Declaration promising to fight for the restoration of Article 370 and J&K statehood but the alliance is now confined to the National Conference and the Peoples Democratic Party (PDP).

“We will not remain silent. We will come on the roads. We will go for mass level protests. And on December 6 there will be a Ladakh bandh. There will be no movement of traffic. And once the weather stabilizes in March we will be having protests in Leh headquarter of Ladakh region,” Kargil Democratic Alliance co-chairman Asgar Ali Karbali said.

Thupstan Chhewang, president of the Apex Body of Leh, said they will go for a door to door campaign and mobilise people and aware them of their struggle. “We are not fighting for any personal benefit. We are fighting for Ladakh and Ladakhi people. Our struggle pertains to the present and future generations of Ladakh. The government has initiated dialogue with political parties of Ladakh but since August 29 there has been no forward movement on the talks,” Chhewang said.

Chhewang said the official interlocutor Minister of State (MoS) for Home Nityanand Rai had given some assurances but no such assurance was fulfilled. Karbalai said Rai tried to break both the KDA and the Apex body instead of addressing issues of Ladakh. He said later after the threat of agitation from the KDA and the Apex Body of Leh Rai held a meeting with the KDA and the Apex Body and it resulted in issuances of order regarding the Ladakh Resident Certificate. “Now Ladakh Resident Certificate order has been issued the recruitment drive should be carried out,” Karbali said.

“The Union Government and its number of Ministers say our priority is Ladakh. We are telling them to accept all four demands now. We are all together except BJP from Ladakh and we are hopeful that they will soon join us,” Karbali said.