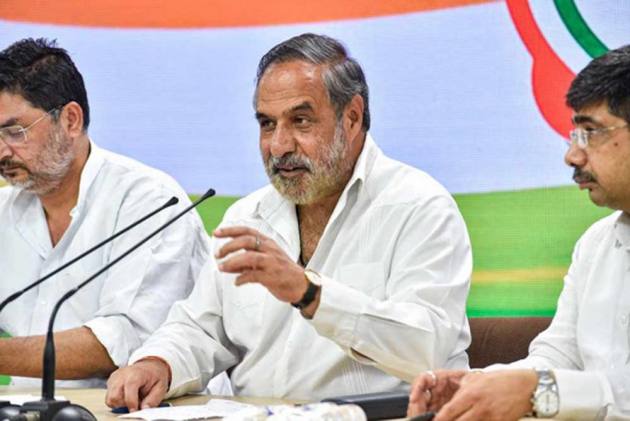 Senior Congress leader Anand Sharma on Tuesday described India's decision of not joining the Regional Comprehensive Economic Partnership (RCEP) as "unfortunate and ill advised", asserting that it was in the country's strategic and economic interests to be a part of the process of Asia-Pacific integration.

His remarks assume significance as last year after India had decided not to join the RCEP, the Congress had claimed victory, saying its forceful opposition ensured that the BJP government backs out from bartering the interests of farmers, dairy producers, fishermen and small and medium businessmen.

"Withdrawal has negated years of persuasive negotiations for India to be accepted as part of RCEP. We could have negotiated safeguards to protect our interests. Keeping out of the RCEP is a backward leap,” Sharma said, who had been closely involved in RCEP negotiations in his capacity as the commerce and industry minister in the UPA government led by Manmohan Singh.

Why India Should Join The RCEP Quickly

On November 4 last year, India walked out of mega free trade agreement at RCEP as negotiations failed to address New Delhi's outstanding issues and concerns. The remaining 15-member countries have signed the RCEP agreement and have stated that the pact would remain open to India.

Former finance minister and senior Congress leader P. Chidambaram also aired his views on India not joining RCEP on Tuesday but said he would give a final view only when his party has taken a considered position on the issue.

Chidambaram also expressed dismay over the remarks of external affairs minister S. Jaishankar at the Deccan Dialogue on Monday, saying the minister "railed against trade agreements and praised the virtues of protectionism. Mr Jaishankar is speaking in the language and in the words that I heard in the 1970s and 1980s!" Chidambaram said in a series of tweets adding that the government’s decision was another bad example of centralised decision-making unacceptable in a democracy.

I must, however, express my dismay on the speech by Foreign Minister S Jaishankar yesterday at the ‘Deccan Dialogue’ when he railed against trade agreements and praised the virtues of protectionism.