'We are having difficulty. Emergency is something which should not have happened,' the top court observed while hearing the plea. 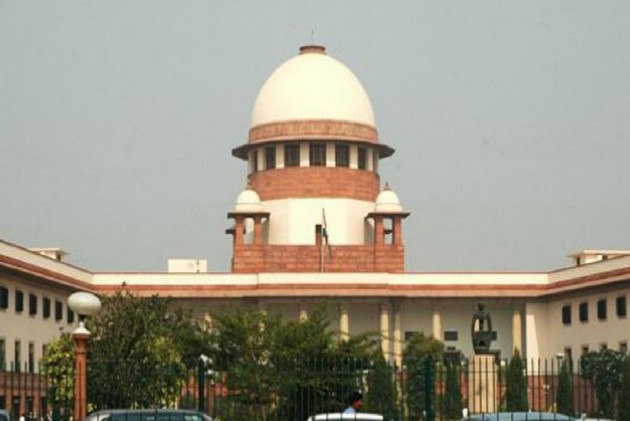 The Supreme Court on Monday sought response from the Centre on a plea filed by a 94-year-old woman seeking to declare as “wholly unconstitutional” the proclamation of Emergency in 1975.

While agreeing to hear the plea, a bench headed by Justice S K Kaul said the apex court would also examine whether it is "feasible or desirable" for it to examine the validity of proclamation of Emergency after a lapse of 45 years.

“We are having difficulty. Emergency is something which should not have happened,” the top court observed while pondering over as to what relief can it grant after the passage of such a long time.

What If Indira Gandhi Had Not Declared Emergency?

Senior advocate Harish Salve, appearing for petitioner Veera Sarin, said that Emergency was a “fraud” and the “greatest assault” on the Constitution as rights were suspended for months.

Emergency was proclaimed minutes before the midnight of June 25, 1975, by then President Fakhruddin Ali Ahmed at the recommendation of then government led by Prime Minister Indira Gandhi. The proclamation was revoked in March 1977.

Salve said the petitioner had suffered during the emergency and the court should see how she was treated during that period.

“This was the greatest assault on our Constitution. This is a matter which people of our generation will have to look into. This needs to be decided by the Supreme Court. This is not a political debate. We all know what happened in jails. Maybe we are too late for relief but someone must be told that what was done was wrong,” Salve told the bench.

He said that the matter is of “considerable importance” as the country had seen “sheer abuse of power” during the emergency.

During the hearing conducted through video-conferencing, the bench asked “Can the court look into the matter which has happened 45 years earlier. What relief can be granted"?

“We cannot keep digging in the matter. The persona is no more today,” the bench observed.

Salve said that after the S R Bommai judgement in 1994, which dealt with issues pertaining to Article 356 of the Constitution which relates to provisions in case of failure of constitutional machinery in state, a principle has been developed which can be applied for government formation or in violation of rights.

“Court has passed the orders after 45 years. Abuse of power can be looked into and what relief can be granted is of another aspect,” he said, adding the petitioner is seeking that emergency be declared unconstitutional.

He said the petitioner is 94-year-old and she is happy but she wants that proclamation to be declared as unconstitutional.

The plea has also sought compensation of Rs 25 crores from the authorities who had actively participated in the “unconstitutional acts”.

The petitioner has claimed in her plea that she and her husband were “victims of the atrocities inflicted by the then government authorities and others” during the period of emergency.

“The petitioner, in a genuine desire to bring about an end to the undemocratic nightmare, infamously known as ‘the emergency’ seeks a peaceful closure, that can be brought only by an acknowledgement and declaration by the highest court of justice of the country in which citizens repose the highest level of confidence and faith, that the said incident was unconstitutional,” the plea has said.

Sarin said that she and her husband, who had a flourishing business of Gold Arts in Delhi at that time, were compelled to leave the country during the Emergency for fear of being thrown into jail for no justifiable reason, on the “whims and wishes of government authority in a state where civil rights and liberties stood curbed.”

The plea has said later the petitioner’s husband died and she had to face the legal proceedings initiated against him during the emergency.

“The ordeals of the emergency and destruction caused during the said period are being suffered till date by the petitioner. The petitioner and her family were made to run from pillar to post for the past 35 years to vindicate their rights and restore their properties,” it said.

The petition has said that during that time, the petitioner was “shunned by her relatives and friends” because of the illegal proceedings initiated against her husband and now she is seeking “closure to the trauma of her lifetime, which still resonates in her mind”.

It has alleged that even now, the movable properties including jewellery, artefacts, paintings, sculptures and other valuables have not been reinstituted to her family and she is entitled to be compensated for the acts done by the concerned authorities.

The plea has referred to a December 2014 order passed by the Delhi High Court which had held that proceedings initiated under one of the legislations against the petitioner’s husband were bereft of any jurisdiction.

It said in July this year, the high court passed an order by which she was partially compensated for "illegal possession of her immovable properties" by the government in terms of rent.