NC leaders Akbar Lone and Hasnain Masoodi have sought a direction from the top court to declare the Presidential Order relating to Article 370 as 'unconstitutional, void and inoperative' in Jammu and Kashmir. 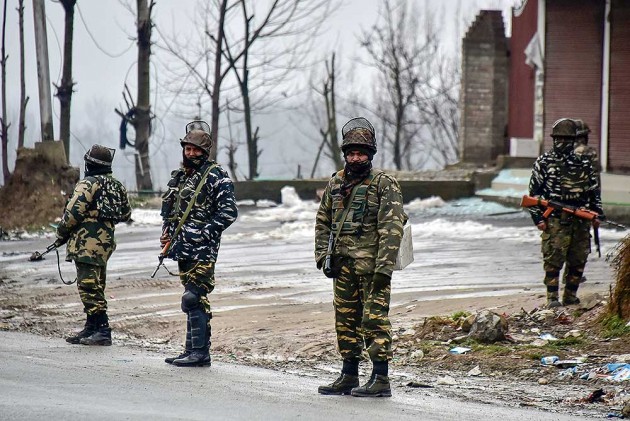 The National Conference (NC) on Saturday moved the Supreme Court challenging the Presidential order that revoked Article 370 of the Indian Constitution which granted special status to Jammu and Kashmir.

NC leaders Akbar Lone and Hasnain Masoodi sought a direction from the top court to declare the Presidential Order relating to Article 370 as "unconstitutional, void and inoperative" in Jammu and Kashmir.

The NC also sought to declare the Jammu and Kashmir Reorganisation Act, 2019 as "unconstitutional".

The petitioners said that the legislation and the Presidential Orders are "illegal and violative" of fundamental rights guaranteed under Article 14 and 21 of the Constitution to the people of Jammu and Kashmir.

The two MPs submitted that the apex court now has to examine whether the Union government can "unilaterally" unravel the unique federal scheme under the cover of President's rule while undermining crucial elements of due process and rule of law.

"This case, therefore, goes to the heart of Indian federalism, democratic processes and the rule of the apex court as the guardian of the federal structure," the petition said.

They submitted that Article 370 was extensively considered as carefully drafted in order to ensure the peaceful and democratic accession of the former princely state of Jammu and Kashmir to the Indian Union.

The two parliamentarians from Jammu and Kashmir contended that the Presidential Orders and the new legislation "unconstitutionally undermine the scheme of Article 370.

The first Presidential Order uses Article 370 (1)(d) -- this was meant to apply other provisions of the Constitution to Jammu and Kashmir -- to alter Article 370 itself and thereby the terms of federal relationship between the J-K and Union of India, they submitted.

Meanwhile, the Union Home Ministry said there had been a few stray protests in Kashmir Valley in the past few days against the scrapping of the special status of Jammu and Kashmir, and none of these involved a crowd of more than 20 people.

"There have been a few stray protests in Srinagar/Baramulla and none of these involved a crowd of more than 20 people," a ministry spokesperson said.

The spokesperson also dismissed a media report about a protest by about 10,000 people in Kashmir as "fabricated and incorrect".

The government abrogated provisions of Article 370 of the Constitution that accorded special status to Jammu and Kashmir and divided the state into two Union Territories -- Jammu and Kashmir, and Ladakh.

President Ram Nath Kovind had on Saturday given assent to the legislation on Jammu and Kashmir's bifurcation and the new Union Territories will come into existence on October 31.