Though Sharjeel was in jail in Assam when the riots broke out on February 23, Delhi Police has alleged that he was one of the main conspirators in the riots. The Delhi Police has produced transcripts of Sharjeel’s WhatsApp chats. 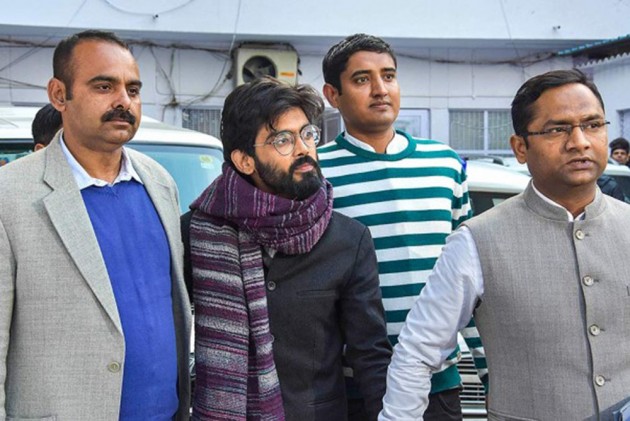 Delhi Police has produced transcripts of WhatsApp chats of Ex-Jawaharlal Nehru University (JNU) student Sharjeel Imam, among other shreds of evidence, in its charge-sheet, in an attempt to establish Sharjeel Imam’s role in the North-East Delhi communal riots that took place in February.

According to the chats that the Delhi Police has produced, on January 12, 11:48 am Sharjeel apparently discussed Congress leader Shashi Tharoor’s visit to JNU. “Islamophobe Shashi Tharoor is visiting JNU T Point today at 6 PM. People who do not consider Allah o Akbar and La Ilaha Illallah a communal or regressive slogan, should gather there with placards and raise naara-e-takbeer,” Sharjeel is said to have written in a group chat. When a member suggested that “This is nor right time to say all these,” Sherjeel wrote, “Bhai yahi right time hai. Many are going. Jisko participate karna hai aa jaye,” (This is the right time. Many are going. Those who want to participate, can come).

Sharjeel Planned To Use Tharoor’s Book 'Why I am A Hindu' To Give Secular Touch To Anti CAA-Movement: Delhi Police

Outlook has earlier reported how Sharjeel allegedly planned to use Shashi Tharoor’s book 'Why I am A Hindu' to give a secular touch to the anti-CAA-movement. In November 2019, Sharjeel allegedly discussed his plan to burn the constitution along with the Supreme Court verdict in which the apex court allowed the construction of Ram Temple on Ram Janmabhoomi.

In another chat produced by the Delhi Police, on December 11, 2019 Sharjeel allegedly said, “Avoid over secularization of this movement since CAB and NRC is directly against Muslims, we should also stick to our own identity and we should come with our own slogans protests.”

In another message on January 16, 2020 Sharjeel apparently made plans to distribute information pamphlets on NRC. “This is a good opportunity to take history to the homes and mosque. We can start with a detailed series on NRC since 1951, then about refugee crisis in 1971, the detention camps, Bengali Muslims, Nelli massacre etc. Then we can link the brutalities in Jamia, AMU, JNU with the role state apparatus against Muslims and talk about PAC etc,” Sharjeel allegedly wrote.

Sharjeel's lawyers and his family members have rubbished all these allegations at various stages of court hearings and media interviews. In an interview to Outlook, Sharjeel’s maternal uncle said that his nephew is a true patriot.

Delhi Police has also earned strong criticism for not booking BJP leader Kapil Mishra as an accused in any case. Mishra had allegedly given an inflammatory speech just before the riots broke out.

At present, Sharjeel is an accused in three different cases – (a) for an alleged seditious and inflammatory speech at Jamia Millia Islamia on December 13, (b) for seditious speech in Aligarh Muslim University on January 16 and (c) for a “premeditated conspiracy” in riots in North-East Delhi.

The Delhi Police had booked him for the first time for giving an allegedly seditious speech on December 13 which, police claimed, led to violence at the JMI campus. The police further alleged that after his release on bail, he gave another inflammatory and seditious speech at Aligarh Muslim University (AMU) on January 16 regarding Assam.

Consequent to that, police in five states - Delhi, Uttar Pradesh, Manipur, Assam and Arunachal Pradesh – lodged FIRs invoking various sections such as 124A (sedition), 153 A (promoting enmity between different groups on grounds of religion, race, place of birth, etc) and 505 (statements conducting to public mischief) among others.

Delhi Police arrested Sharjeel from Jahanabad in Bihar on January 28 this year and sent him to Guwahati Jail on February 20. On May 22, Guwahati High Court granted him a statutory bail, but since he had cases pending in other states, he remained in jail.