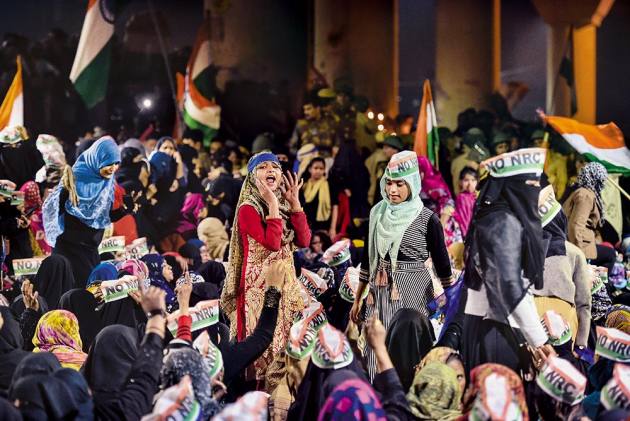 Delhi Police in its charge-sheet has alleged that anti-CAA activists had created several WhatsApp groups to pre-plan the communal violence that broke out in North-East Delhi on February 23.

One of such groups was Delhi Protest Support Group (DPSG) which was created by documentary filmmaker Rahul Roy and Saba Deewan on December 28, 2019.

Several well-known activists such as Yogendra Yadav, ND Jayaprakash, Members of Pinjra Tod organization among others were added in the group to chalk out the plan of action for protest against Citizenship Amendment Act.

Contents of messages, presented in a transcript form in the charge-sheet, suggest that members disagree on many issues. While some want a peaceful protest, others talked of adopting a confrontational approach at times too.

Almost ten days after the riot, the Delhi Police lodged an FIR no. 59 on March 6, in which it alleged that the violence was not accidental but a pre-planned conspiracy by some anti-CAA protestors.

Along with various sections of the Indian Penal Code, the police has also invoked UAPA which is a stringent anti-terrorism law to prevent unlawful activities and associations against the sovereignty and integrity of India.

The charge-sheet was filed against 15 accused on September 16.

The Delhi police say that consequent to the FIR, Danish was the first accused arrested on March 9. On March 11 when police arrested two more accused, Parvez and Ilyas, the news about this FIR spread across.

The chat details show that at 5:50 PM on March 11, one of the group members, Mariya Salim writes, “May I suggest this group deleted and all of you clear this chat. We can reconvene on signal.”

Ishaan Bhambri, another member, writes the next day at 3:37 on March 12, “Someone has suggested about deleting this group after clearing the chat yesterday and moving to signal. Now that the centre has started going after civil society groups why are we still communicating on WhatsApp?”

Responding to Bhambri message, a member Janani G writes, “This is a good suggestion to follow given the current climate.”

Roy, in response to the suggestion, says, “Everyone will have to individually delete chats.

When Bhambri responds in affirmative by writing “done” in the group, Roy’s writes, “Will be impossible to coordinate that.”

Then another member Gautam Modi suggests, “We should rather be discussing how to responds to what’s happening.”

“We are all discussing that and also working on ground to address what is happening,” Salim writes and insists on deleting everything as she adds, “No. You can just delete the thread once we are all on signal.”

She continues, “It’s upto all of you. It was a suggestion based on digital security threat which are increasing manyfold. Those with a condescending tone must understand that some of us with a Muslim identity are at higher risk than others.”

Gautam Modi intervenes and writes, “Really, please I am within my rights to take a different view on internet security. I shall however not respond any further on this issue owing to just how unfortunate my last name turned out to be.”

Salim responds, “Of course, you can and rightly so, but to say we should rather be discussing how to respond is to rubbish someone else’s legit concern too. “

Roy intervenes here and writes, “Folks the admins are figuring this out. Please give us some time. Until then please bear with us.”

The Charge-sheet further says that Saba Dewan changed the group’s settings at 7:40 PM to allow only admins to send messages to the group.

Many civil society activists have strongly reacted to the contents of the charge-sheet and alleged that the police case is frivolous, motivated and based on imaginary details. They also allege that Delhi Police hasn’t named BJP leader Kapil Mishra as an accused in the Delhi riots cases. Mishra had allegedly given an inflammatory speech just before the riots took place.

The court has taken cognizance on the Charge-sheet and in the next course, it will be argued if charges are rightly framed against the accused. or not.