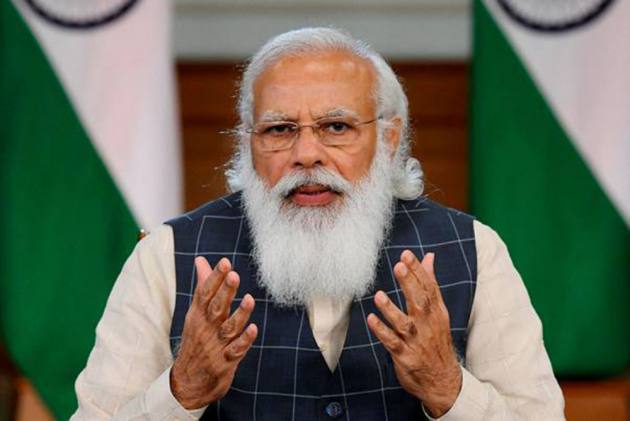 Prime Minister Narendra Modi on Saturday addressed a gathering of IPS probationers at Sardar Vallabhbhai Patel National Police Academy. During his virtual address, PM Modi said that whatever decisions the probationers take should be based on national interest.

“People fought for swaraj in freedom struggle, you have to dedicate yourself to suraj (good governance),” the prime minister said adding that the spirit of “Nation First, Always First” should always reflect in their actions. "You have to always remember that you are the flag bearers of Ek Bharat, Shrestha Bharat,” Modi said.

Sardar Vallabhbhai Patel National Police Academy is the premier police training institute in the country. It trains officers of the Indian Police Service at induction level and conducts various in-service courses for the serving IPS officers.

Stating that it’s a big challenge to change the negative perception among the people regarding the police, Modi asked the IPS probationers present, to work towards bettering the image of the police force.

This (negative) perception changed a bit during the beginning of the coronavirus period when people saw police personnel helping out, but the situation has again gone back to the old perception, he said.

It is the responsibility of the new generation coming into the police force that this image changes and this negative perception of the police goes away, Modi said.

The prime minister said in the last 75 years, India has tried to build a better police service and police training infrastructure has also improved a lot in recent years. "The way the youth of the country came forward in the country between 1930 and 1947, the whole young generation got united for one goal, today the same sentiment is expected from you," Modi told the IPS probationers.

"At that time the people of the country fought for 'swaraj', today you have to move forward for 'surajya’ (good governance). You are starting your career at a time when India is going through a phase of transformation in every field, every level," he said.

"The coming 25 years of your career are also going to be the most important 25 years of India's development. That's why your preparation, your mental state, should be in line with this big goal," he said.