The Shiv Sena thanked residents of Dharavi for adhering to the lockdown norms and following various other measures. 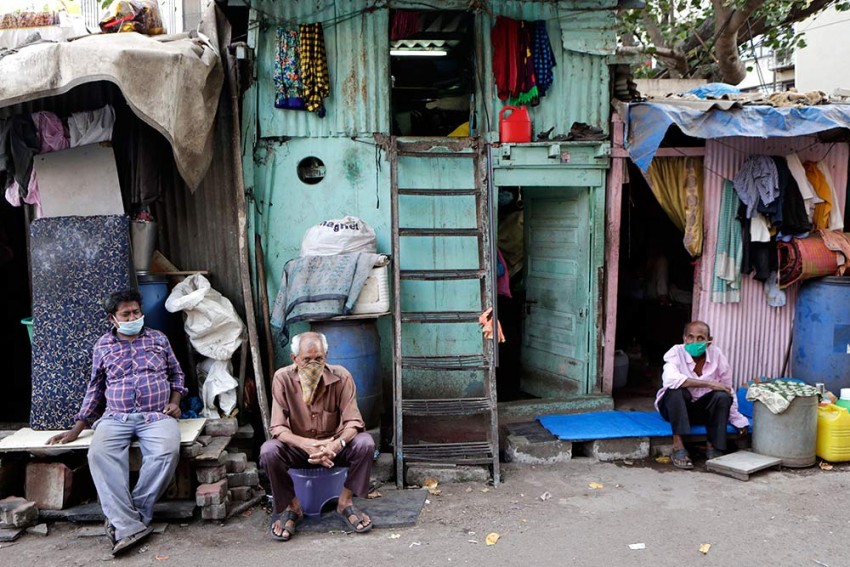 Impoverished people rest by their shanties at Dharavi, one of Asia's largest slums, during lockdown to prevent the spread of the coronavirus in Mumbai.
AP Photo
PTI June 24, 2020 00:00 IST ‘Defeat Of Coronavirus’ In Dharavi Befitting Reply To Maha Govt Critics: Shiv Sena

With the number of new COVID-19 cases from Dharavi slum sprawl in Mumbai trickling down to a single digit, the Shiv Sena on Wednesday hailed the "defeat" of the coronavirus as a befitting reply of the party-led government to its critics, an oblique reference to the BJP.

Dharavi, which was once a troublesome coronavirus hotspot, had on Tuesday reported just five new cases, the lowest since April 5.  The total number of cases now stands at 2,189.

"Controlling the spread of the pandemic in Dharavi calls for celebrations. Those criticising the MVA government's handling of the COVID-19 crisis should also be invited for the celebration," said the editorial in Sena mouthpiece 'Saamana'.

It said the difficult task to curb the spread of coronavirus in Dharavi has earned accolades for the state government and the Brihanmumbai Municipal Corporation (BMC), which is ruled by the Sena, from the Centre.

The Sena also thanked residents of Dharavi for adhering to the lockdown norms and following various other measures.

Commenting on the strategy adopted in Dharavi, the edit said the BMC administration increased testing and tracing of contacts and also made lockdown rules stricter.

"However, the war against the virus is not yet over. Cases are rising elsewhere in Maharashtra," it said.

With the highest population density of 2,27,136 persons per sq. km, Dharavi had 491 cases in April with the growth rate of 12% when the number of cases were doubling every 18 days.

As per an official release, the proactive measures adopted by the BMC brought down the COVID-19 growth rate to 4.3 per cent in May and further down to 1.02 per cent in June.

These measures also ensured an improved case doubling time to 43 days in May and 78 days in June 2020.

It listed challenges like common toilets, high population density, narrow lanes and crammed neighbourhood, which made it difficult to ensure that people adhere to social distancing norms.

"While 47,500 people were covered by doctors and private clinics in house-to-house screening, about 14,970 people were screened with the help of mobile vans while 4,76,775 others were surveyed by BMC health workers," the release said.

Fever clinics were set up for screening high risk categories such as elderly/senior citizens, which helped to screen 3.6 lakh people, it said.

"About 8,246 senior citizens were surveyed and as part of its policy of 'timely separation', they were separated.

Altogether, 5,48,270 people have been screened in Dharavi. The suspected cases were shifted to well organized COVID Care Centres and Quarantine Centres," the release said.