No Guarantee To What Extent Dispute With China Will Be Resolved: Rajnath Singh In Ladakh

Defence Minister Rajnath Singh, during his visit to Ladakh, said India is not a weak country and no power in the world can touch even an inch of its land. 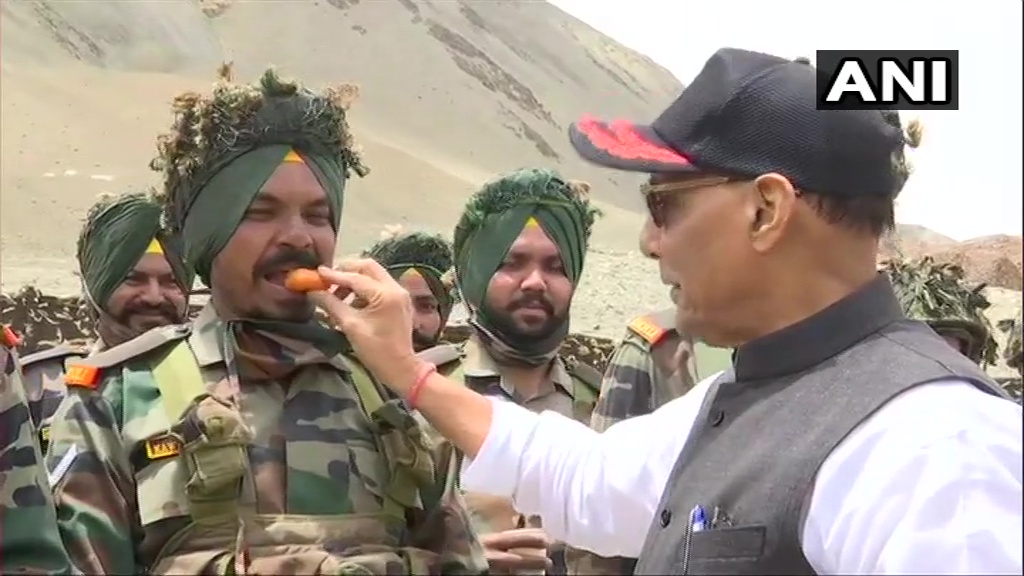 Defence Minister Rajnath Singh on Friday said that talks with China are underway to resolve the border dispute in eastern Ladakh, "but to what extent it will be resolved, I cannot guarantee."

Addressing Army and ITBP personnel in Lukung, Singh said India is not a weak country and no power in the world can touch even an inch of its land. Singh visited Ladakh Friday to carry out a comprehensive review of the security scenario in the wake of the border standoff with China.

"India is not a weak country. No power in the world can touch even an inch of India's land," Singh said at a forward post in Ladakh located on the banks of the Pangong Tso lake.

"We will not allow the sacrifice of soldiers to go in vain," Singh said in an apparent reference to the killing of 20 Indian Army personnel during the Galwan Valley clashes with Chinese troops on June 15.

Indian and Chinese troops are locked in a bitter standoff in multiple locations in eastern Ladakh for over eight weeks since May 5.

The tension escalated manifold after the violent clashes in Galwan Valley.

However, following a series of diplomatic and military talks, the two sides began a mutual disengagement process at most of the friction points on July 6.