Kapil Mishra's statement comes in the aftermath of the recovery of intelligence Bureau employee Ankit Sharma's body was recovered on Wednesday from the riot-hit areas. 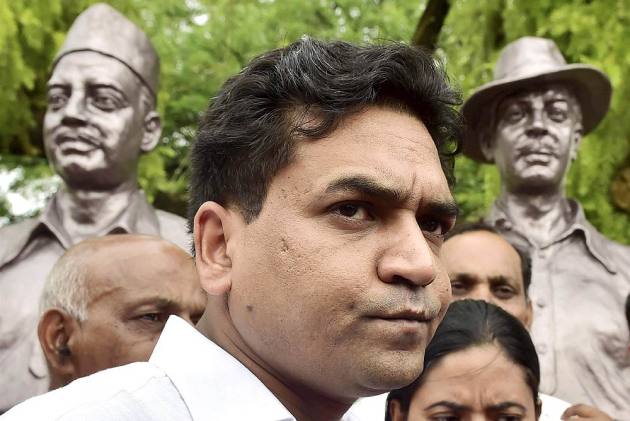 After being on the back foot following criticism by the Delhi High Court for his alleged inflammatory videos, BJP leader Kapil Mishra on Thursday hit back right at AAP supremo and Delhi Chief Minister Arvind Kejriwal. He suggested that both Kejriwal and Sanjay Singh are allegedly complicit in the Delhi riot.

"I am saying it openly. If Tahir Hussain's call detail records (CDR) during the days of the riot are probed, then both Sanjay Singh and Kejriwal's roles in the riots and Ankit Sharma's murder would be revealed," Mishra tweeted.

This comes in the aftermath of the recovery of intelligence Bureau employee Ankit Sharma's body was recovered on Wednesday from the riot-hit areas. The family members of the IB staffer have reportedly accused Tahir Hussain, Aam Aadmi Party (AAP) councillor from Nehru Vihar, of plotting Sharma's death. However, in a video shared by AAP national social head, Hussain claims that he was not present in his house for two days.

Mishra, who had come under criticism for allegedly giving inflammatory speeches went on full frontal attack mode. He posted another tweet that read, "There is a video of Tahir Hussain rioting himself. There are more than 50 witnesses. Bullets from home fired petrol bomb, three killed. Ankit Sharma's family is accusing Tahir of murder. A cache of petrol bombs was found from the roof. The Congress is silent, Kejriwal is silent..."

Unverified videos have gone viral on social media where a man appearing to be Hussain is seen with a stick in his hand, based on which both Mishra and the BJP has upped the ante against the AAP. This comes a day after the party held a press conference in Delhi to question union home minister Amit Shah.

Delhi riot that started off with a faceoff between pro and anti-CAA protesters has caused at least 33 deaths so far including a cop on duty and an IB staffer.