Delhi recorded its air quality index at 389 at 9 am on Wednesday after slipping into the severe zone on Tuesday when AQI was recorded at 403 at 4 pm. 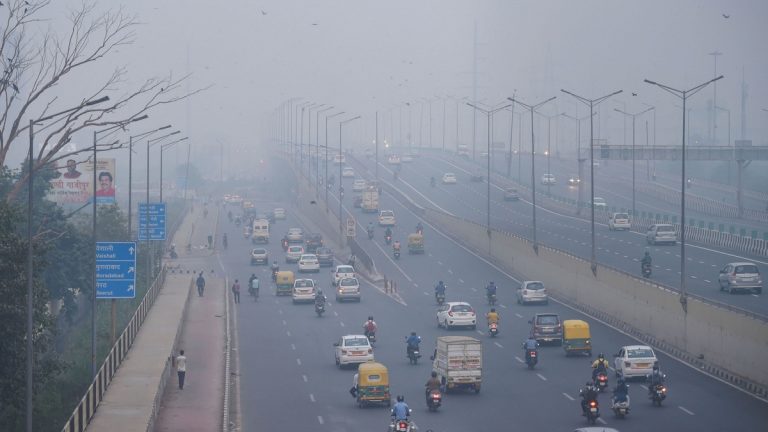 The alarming levels of pollution in Delhi in the aftermath of Diwali and unabated crop-burning has left the city choking with authorities scrambling to bring matters under control. With the capital's AQI not showing any signs of improving anytime before Sunday, several restrictions and guidelines have been issued by the government as well as the Supreme Court, which spoke on the matter on Wednesday.

The apex court was hearing a plea filed by environmental activist Aditya Dubey and law student Aman Banka, who sought directions to provide stubble-removing machines to small and marginal farmers for free.

Coming down on those who sit in "5 stars" and complain about stubble burning and pollution, the court said that it does not want to punish farmers for burning stubble. Addressing the blame -game between the Centre and Delhi government over the issue of pollution, Chief Justice of India MV Ramana observed that debates about air quality on TV channels were causing "more pollution than any other sources.

Delhi Winters Are Now About A Frothy Yamuna And Hazardous Air

The city recorded its air quality index at 389 at 9 am. It had slipped into the severe zone on Tuesday and was recorded at 403 at 4 pm.

In light of the alarming conditions, what are the steps being taken to counter the pollution problem?

The Arvind Kejriwal government has taken several steps to control the toxic air of Delhi.

It is hiring around 1,000 private buses and has sought the DDMA's permission for standing passengers in Metro trains and buses in the city.

At present, buses and Metro trains in Delhi are permitted to ply with 100 per cent seating capacity, but no standing passengers are allowed, a restriction imposed by the Delhi Disaster Management Authority (DDMA) due to COVID-19.

The transport department has sought permission from the DDMA to allow standing passengers in buses.

Delhi Transport Minister Kailash Gahlot took to Twitter to request people in the national capital to avail public transport as he announced the hiring of 1,000 private buses for a month. Car-polling is also being promoted.

By order of the Commission for Air Quality Management (CAQM) late Tuesday night, schools, colleges and educational institutions in the National Capital Region will remain closed until further orders, allowing only online mode of education.

Work From Home For 50 Per Cent Staff

NCR state governments have been directed to allow work from home (WFH) for at least 50 percent of their staff in offices in NCR till Sunday and encourage private establishments to follow suit.

Trucks carrying non-essential items have been banned from entering Delhi till Sunday.

"All industries in NCR still using unapproved fuels shall be closed by respective governments with immediate effect... NCR States and GNCTD shall enforce a strict ban on use of DG sets, except for emergency services,” the panel said.

The Centre on Wednesday proposed a slew of measures in the Supreme Court including a ban on entry of all trucks in the national capital except vehicles carrying essential goods, shutting of schools and 50 per cent attendance in offices of GNCTD to reduce air pollution in Delhi-NCR.

Taking note of the Centre's submissions, the Supreme Court directed Delhi and NCR states to comply with these decisions which were taken at Tuesday's meeting to curb air pollution.