The national capital's air quality is likely to turn severe due to prevailing calm winds and increased incidents of farm fires. 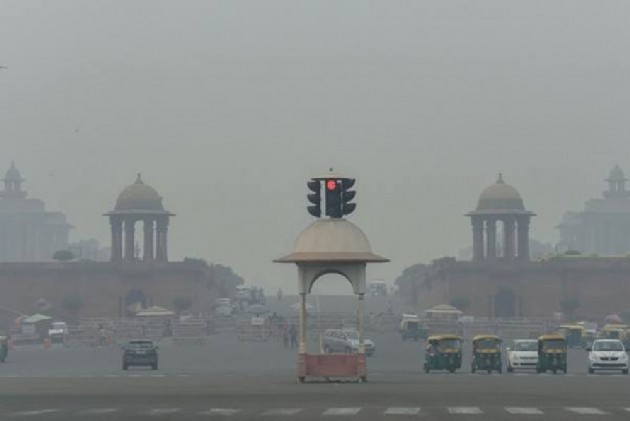 Air quality in the national capital entered the very poor category on Wednesday and is likely to turn severe over the next two days due to prevailing calm winds and increased incidents of farm fires, officials said.

The national capital's air quality index (AQI) was 301 at 4 pm on Wednesday, up from 242 at 4 pm on Tuesday, according to the Central Pollution Control Board (CPCB).

With an AQI of 366, Ghaziabad was the most-polluted in the country on Wednesday, the CPCB data revealed.

The government's air quality monitoring and forecasting service SAFAR said the air quality in Delhi may enter the severe category in some parts of Delhi by Friday.

It will be mainly due to two factors -- calm surface winds in Delhi are likely to prevent dispersion of pollutants and the fire count has increased significantly (around 1,000) as compared to last week.

However, the direction of transport-level will continue to fluctuate between easterly to northerly and may not bring significant farm fire plume to Delhi on Thursday.

The smoke from stubble burning accounted for 14 per cent of Delhi pollution on Wednesday. It is likely to dip to decrease to 7 per cent.

Weather experts said a fresh western disturbance is expected to increase the wind speed and improve ventilation which will help bring down pollution levels.