The Ministry of Earth Sciences' air quality monitor, SAFAR, said the AQI is likely to improve to the “moderate” category by Monday. 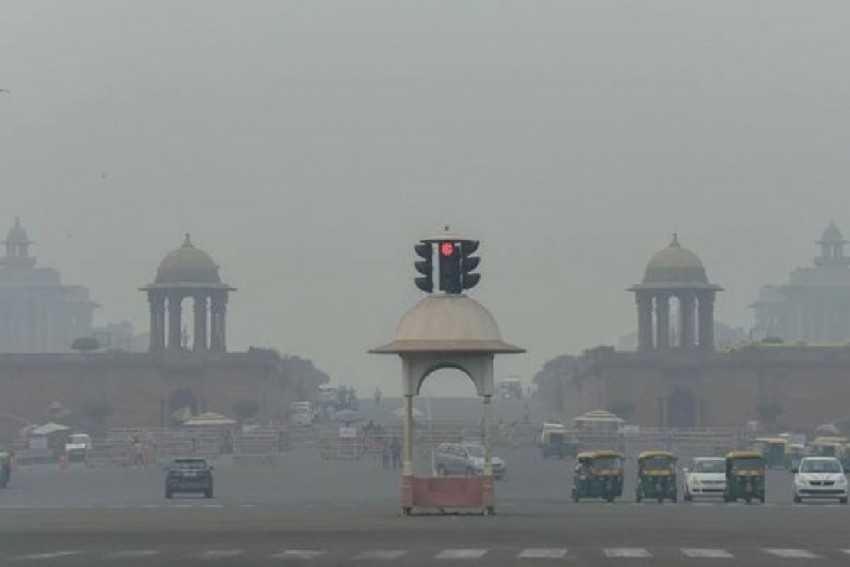 Delhi’s air quality continued to remain in the ‘poor’ category on Sunday morning. The air quality index (AQI) was at 220, as per Central Pollution Control Board (CPCB) data at 8 am; hardly a drop from Saturday when the 24-hour average at 221.

However, it is likely to improve slightly in the coming days due to a change in the wind direction.

The Ministry of Earth Sciences' air quality monitor, SAFAR, said the AQI is likely to improve to the “moderate” category by Monday.

However, the wind direction will change to easterly and the impact of farm fires will reduce, it said.

On Sunday morning, Delhi's minimum temperature settled at 19.8 degrees Celsius. The maximum wind speed was 15 kilometers per hour and the direction was west-northwesterly.

Low temperatures and stagnant winds help in the accumulation of pollutants near the ground, affecting air quality.

High levels of air pollution in Delhi is a year-round problem, which can be attributed to unfavorable meteorological conditions, farm fires in neighbouring regions, and local sources of pollution.

According to an analysis by the Council on Energy, Environment and Water, a Delhi-based think tank, transportation contribute the most -- 18 to 39 percent -- to Delhi's air pollution.

Road dust is the second-largest source of air pollution in the city (18 to 38 percent), followed by industries (2 to 29 percent), thermal power plants (3 to 11 percent), and construction (8 percent).