Entities like Facebook, which has around 270 million users in India, have to remain accountable to those who entrust them with such power, the Supreme Court said. 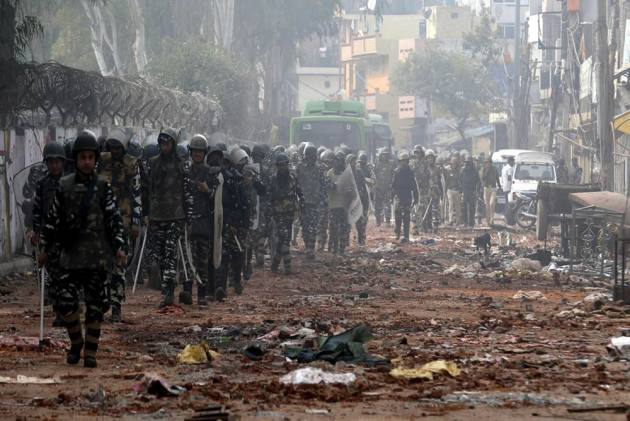 Underlining that “the capital of the country can ill-afford any repetition” of an occurrence like the February 2020 riots, the Supreme Court Thursday came down heavily on social media platform Facebook, saying its role “in this context must be looked into by the powers that be” and this was why it had been summoned by the Delhi Assembly.

Further observing that the national capital can ill-afford any repetition of the riots witnessed last year, the top court stressed that 'unity in diversity' of India cannot be disrupted and the role of Facebook in this context must be looked into by the powers that be.

“This (unity in diversity) cannot be disrupted at any cost or under any professed freedom by a giant like Facebook claiming ignorance or lack of any pivotal role,” the court said, and dismissed the plea filed by Facebook India Vice President and MD Ajit Mohan and others challenging the summons issued by the Delhi Assembly's Peace and Harmony committee for failing to appear before it as witness in connection with last year's north-east Delhi riots that left 53 people dead and 200 injured.

Upholding the Delhi Assembly's right to summon, the top court said while Facebook has played a crucial role in enabling free speech by providing a voice to voiceless and a means to escape state censorship, it cannot lose sight of the fact that it has simultaneously become a “platform for disruptive messages, voices, and ideologies”.

Entities like Facebook, which has around 270 million users in India, have to remain accountable to those who entrust them with such power, it said.

A bench headed by Justice S K Kaul held that the Delhi Legislative Assembly and its committee have the power to compel attendance of members and outsiders on grounds of its privilege,

While acknowledging the distribution of power, it said that though law and order and police do not fall under the legislative domain of Delhi Assembly, in the larger context the concept of peace and harmony goes much beyond that.

It said in any case, the representative of the social media giant would have the right to not answer questions directly covered by these two fields.

In its 188-page verdict, the bench, also comprising Justices Dinesh Maheshwari and Hrishikesh Roy, said that members and non-members can equally be directed to appear before the committee and depose on oath and Facebook cannot excuse itself from appearing pursuant to the new summons issued to them on February 3, 2021.

"The need to go into this incident(riots) both from a legal and social perspective cannot be belittled. The capital of the country can ill-afford any repetition of the occurrence and thus, the role of Facebook in this context must be looked into by the powers that be. It is in this background that the Assembly sought to constitute peace and harmony committee."

Observing that Facebook has been playing a significant role in giving a voice to various sections of society across the world, the apex court said that it has to be noted that their platform has also hosted disruptive voices replete with misinformation.

“The sheer population of our country makes it an important destination for Facebook. We are possibly more diverse than the whole of Europe in local culture, food, clothing, language, religion, traditions and yet have a history of what has now commonly been called 'unity in diversity'."

The court said that in this modern technological age, it would be "too simplistic" for the petitioners to contend that they are merely a platform for exchange of ideas without performing any significant role themselves – especially given their manner of functioning and business model.

It also said that election process, which is the very foundation of a democratic government, stand threatened by “social media manipulation” and digital platforms can be “imminently uncontrollable at times” and carry their own challenges.

The apex court said that information explosion in digital age is capable of creating new challenges that are insidiously modulating the debate on issues where opinions can be vastly divided and successful functioning of a liberal democracy can only be ensured when citizens are able to make informed decisions.

On the matter relating to the summons issued by the Delhi Assembly, it said there is no dispute about the right of assembly or the committee to proceed on grounds of breach of privilege per se and the power to compel attendance by initiating privilege proceedings is an essential power.

“In the given facts of the case, the issue of privileges is premature,” the bench said, adding, “Canvassing a clash between privilege powers and certain fundamental rights is also pre-emptory in the present case.”

It said technological age has produced digital platforms - not like the railway platforms where trains were regulated on arrival and departure.

“By the very reason of the platform they provide, their influence extends over populations across borders. Facebook is one such corporation."

The court said that in the national context, Facebook is the most popular social media platform in India with about 270 million registered users. Such vast powers must necessarily come with responsibility and entities like Facebook have to remain accountable to those who entrust them with such power, it added.

“Facebook today has influence over 1/3rd population of this planet! In India, Facebook claims to be the most popular social media with 270 million registered users. The width of such access cannot be without responsibility as these platforms have become power centres themselves, having the ability to influence vast sections of opinions,” the court said.

“In the conspectus of the aforesaid, it is difficult to accept the simplistic approach adopted by Facebook - that it is merely a platform posting third party information and has no role in generating, controlling or modulating that information.”